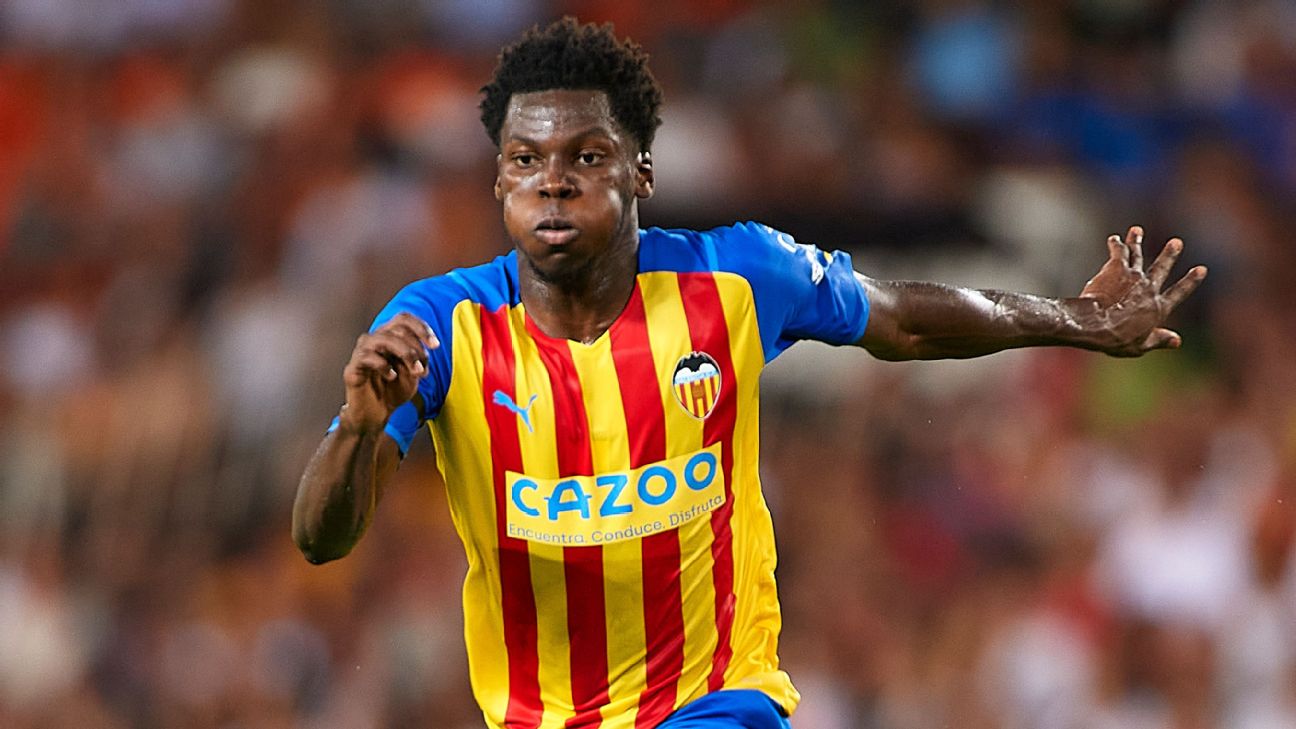 Valencia midfielder Yunus Musah has withdrawn from the United States men’s national team roster for a pair of upcoming friendlies, and been replaced by Internacional midfielder Johnny Cardoso, the U.S. Soccer Federation announced on Friday.

Musah has been diagnosed with a left groin injury that kept him out of a pair of training sessions this week, and will sideline him for this weekend’s LaLiga encounter with Celta Vigo.

While the withdrawal will be a disappointment for U.S. manager Gregg Berhalter, such has been Musah’s form for club and country that, if healthy, his spot on the World Cup roster is secure.

Cardoso, 20, has been a regular for Brazilian Serie A side Internacional this season, making 17 league appearances, scoring three goals.

He was mentioned by Berhalter during Thursday’s news conference as a player who has impressed despite missed out on making the initial roster.

Berhalter said, “We like what he’s doing. His team’s doing really well.” Now Cardoso will get his chance.

Cardoso has made three appearances for the U.S., the last being in the 1-0 win against Bosnia and Herzegovina in December 2021. He was also part of the U.S. Olympic team that failed to qualify for the 2020 Olympics in Tokyo.

The U.S. is set to play Japan on Sept. 23 in Dusseldorf, Germany, and will face Saudi Arabia in Murcia, Spain four days later.

Google admits its Google TV software is too slow

Verizon teases a ‘5G gaming handheld’ made by Razer

Nottingham Forest break English record for most signings in one transfer...

Every NFL team’s record vs. the spread and Week 3 preview