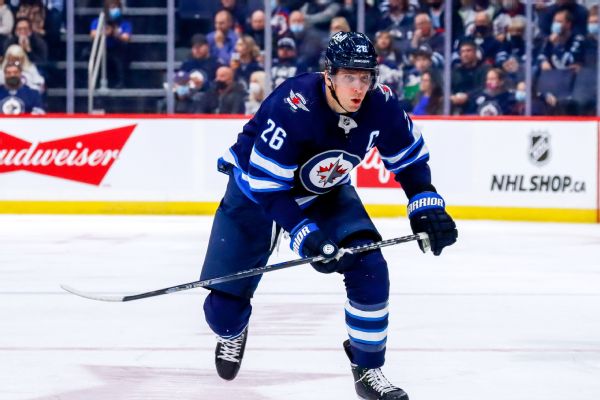 The Winnipeg Jets have stripped Blake Wheeler of the team’s captaincy and will enter the 2022-23 season with a collection of alternate captains instead, the team announced Friday. Those players are still being determined.

“It is our goal to expand the leadership base within our hockey team,” Jets’ coach Rick Bowness said in a statement. “We have high expectations for our core players, and we want to provide them with the opportunity to step into those greater leadership roles as a group.”

Wheeler, 36, had been the Jets’ captain since 2016. He joined the organization while Winnipeg was still based in Atlanta and remains their longest-tenured player.

The decision to go without a single leader is Bowness’ first major move since taking over as Jets’ head coach in July. He replaced interim bench boss Dave Lowry, who in turn took over for Paul Maurice last December when Maurice resigned after nine seasons. Maurice claimed the Jets needed “a new voice” to reach their full potential. That sentiment extends to the team’s dressing room now too, where frustration had been mounting.

When Winnipeg failed to make the postseason last year for the first time since 2016-17, alternate captain Mark Scheifele publicly questioned where the franchise was heading. Scheifele has two years remaining on his contract before becoming an unrestricted free agent. The Jets also hope to lock up Pierre Luc-Dubois long term, but the pending restricted free agent has so far only committed to a one-year deal.

Winnipeg’s general manager Kevin Cheveldayoff tapped Bowness and his 33 years of coaching experience to steer the Jets back in a competitive direction. Bowness changing up the leadership group sends a message already about the importance of moving away from the previous status quo.

Week 1 inactives: Who's in and who's out?

Gerrard, Tuchel, Rodgers are Premier League managers in danger of being...