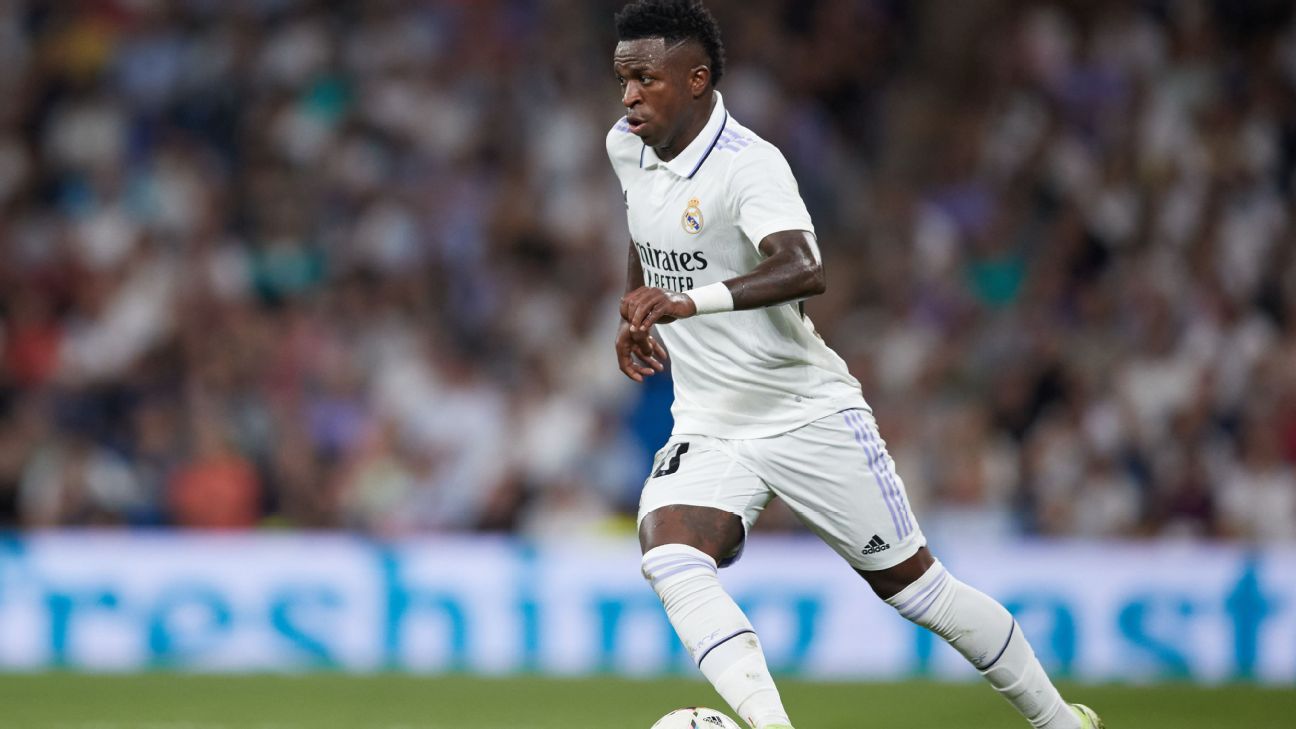 Real Madrid manager Carlo Ancelotti has said Vinicius Junior is focused on Sunday’s LaLiga derby with Atletico Madrid after the player spoke out over racist criticism of his dancing goal celebrations.

Vinicius and Madrid both released statements on Friday after a guest on a Spanish football talk show compared the Brazil winger’s behaviour to that of a monkey.

The player has since received from support from across the football world, with Neymar, the Brazilian football federation and Pele all condemning the comments.

“First I want to stress that I don’t see this kind of racism in Spain,” Ancelotti said in a news conference on Saturday. “Otherwise, I’ll stick to the club’s statement and Vinicius’ statement. After that, we’ll talk about football. The player is fine. He wants to play as always and help the team win the game.”

In a video posted on Twitter on Friday, Vinicius said his dances were intended “to celebrate the world’s cultural diversity.”

“They say that happiness bothers people,” Vinicius said. “The happiness of a black Brazilian triumphing in Europe, even more… I was the victim of racism and xenophobia, but this didn’t start yesterday.

“It’s not my dance. It’s the dance of Ronaldinho, Neymar, [Lucas] Paqueta, [Antoine] Griezmann, Joao Felix and Matheus Cunha… it’s the dance of Brazilian funk and samba artists, of reggaeton singers, of black Americans. Accept it. Respect it. I won’t stop.”

Ancelotti’s prematch news conference ahead of the Madrid derby was dominated by questions about Vinicius, who has starred for Madrid so far this season, scoring in five consecutive games between August and September.

“Racism is much more important than what happens on the pitch,” he added. “I think the player has dealt with it well in his statement… For me, nothing is happening [to Vinicius.] He’s playing with joy, with the quality he has, with happiness.”

Madrid go into the derby having won all five of their LaLiga matches so far this season, topping the table with 15 points, with opponents Atletico Madrid in seventh place on 10 points.

Atletico’s season so far has been overshadowed by the situation of Antoine Griezmann, who is yet to start a game as the club seek to avoid activating a clause which would see them obliged to pay Barcelona €40 million next summer to make his loan deal permanent.

“We understand that [Alvaro] Morata and Felix are doing well,” Simeone said when asked about being unable to start Griezmann in the derby.

“Griezmann is doing well in the 30 minutes that he plays. He brings a change to the team with his experience, and better combinations in attack. That’s what we’re deciding right now.”

HBO Max and Warner Bros. Discovery seem to be on fire,...

Chelsea are monitoring whether Leao re-signs with Milan

Polestar teases new details about its electric SUV ahead of October...

The Grey Man Evaluation: An Motion Flick With No Soul!!

Google is shutting down Stadia

Uber apparently hacked by teen, employees thought it was a joke