With the opening game of the 2022 FIFA World Cup at the Al-Bayt Stadium in Qatar on Nov. 20 getting ever closer, the 32 teams are finalising the kits they will be wearing on the pitch.

We’ve already seen some incarnations from Adidas and Puma, the latter having caused a bit of a storm with its insistence on sticking to a overarching concept for all of its alternate jerseys.

But can Nike do any better? The giant sportswear brand has announced home and away kits for a host of teams, including big hitters such as France, Brazil, Portugal, Netherlands and the U.S.

Having sifted through the designs on show, there are undoubtedly some instant hits among the bunch. However, it should perhaps also be said that every nation involved hasn’t been quite so lucky in the sartorial stakes.

Here we run through the plethora of new kits released this week, along with a brief breakdown of each individual design and a no-nonsense “hit” or “miss” rating.

The USMNT’s kits for the 2022 World Cup are here 👀 pic.twitter.com/ylakM38ubb

Home: A white jersey, but some of the most memorable ones of the past have been, in effect, plain white shirts. This loses marks for the central crest, which just makes the whole thing OK.

Away: Tie-dye and stone-washing. This is what has everyone so riled up. It’s awful.

Showing the world what France does best 🇫🇷🤩 @nikefootball

Home: Sleek and minimal but just far too plain to inspire any particularly emotional response either way. The combination of navy blue and gold trim gives a faint regal air but the reigning World Cup champions certainly deserved more.

Away: All the hallmarks of a standard France away shirt are present thanks to a white shirt with blue trim and just a hint of tricolor sprinkled here and there. On closer inspection the jersey also bears an all-over print inspired by traditional “Toile de Jouy” fabric with selected images including the Gallic cockerel symbol, the Arc de Triomphe and the national training centre at Clairefontaine.

🇵🇹 #WearTheFlag. Inspired by the colors of the Brave Nation, our official kits are now available 👕 #NikeFC pic.twitter.com/yhYsqpejjd

Home: The diagonal split across the front of the shirt is supposed to mimic a Portuguese flag being wrapped around the player’s body.

Away: Sail White on the away kits ensures the Portuguese one stands out in a sea of bright white kits.

Home: While every inch the traditional Brazil kit, the latest incarnation of the famous yellow jersey comes embellished with an unusual print pattern inspired by the fur of the jaguar — the unofficial national animal of the country. Classic and contemporary all in one fell swoop.

Away: The jaguar theme continues onto the away kit though with less convincing results as the lurid neon green sleeve graphic clashes awkwardly with the blue base colour. Certain to divide opinion but we feel it’s just missed the mark.

Home: The specific shade of Oranje used for Netherlands’ latest World Cup kit has been dialled down somewhat to create a burnished, almost amber colour though the tie-dye tiger-stripe print only serves to make the shirt look permanently creased.

Away: A dull template kit in blue, black and red that encapsulates precisely none of the nation’s rich World Cup heritage. The kind of football shirt that just instantly fades from memory.

The classic red checks on the Home jersey are remixed with a modern twist to reflect the energy and pride of our country.#Croatia | @nikefootball | #Vatreni❤️‍🔥 pic.twitter.com/LV1TnEqNjL

The new Away Jersey is inspired by Croatia’s nightlife and natural beauty, with vibrant Laser Blue checks reflecting the vibrancy of our country’s fast-moving festival culture and the azure waters of our coastline.#Croatia | @nikefootball | #Vatreni❤️‍🔥 pic.twitter.com/RAjYGDzJE8

Home: The 2018 World Cup finalists have seen their red and white checks given yet another modern update as the famous block print is broken up in places. Nothing revolutionary going on here but Croatia still look like Croatia and that’s definitely a good thing.

Away: The away kit has a blue and teal check design that is obscured using blurred lines and swirling graphical glitches here and there. While admirably different, the result is a jersey that somehow looks half finished.

𝐀𝐣𝐝𝐢𝐧 in our new 𝐚𝐰𝐚𝐲 strip. 👕

Home: While fairly plain at first glance, the Australia home kit is intended to evoke the country’s unique landscape and ecosystem with the mottled, jagged golden pattern intended as an homage to the rugged terrain of the Outback.

Away: Also inspired by nature, with the deep blue away shirt created to represent the oceans that surround Australia. The rippled pattern creates a clever tidal effect while the marine-coloured trim hints at the biodiversity found beneath the waves.

Home: Desert Maroon has been used with white serrated trim to mirror the Qatari flag, but this isn’t the standout performer the hosts of the World Cup could have done.

Away: This kit brings out the coastline of Qatar while “a subtle string of pearls graphic overlay nods to the history of pearl-diving in the coastal atolls.” A bit of history and meant to mimic a sandstorm. Cool.

Home: Predominantly white with a green and a palm leaf pattern which was first seen on the 2020 away kit. Not too original.

Away: A tonal green pattern which covers the entire front, sleeves and back. Unusual and pretty decent. 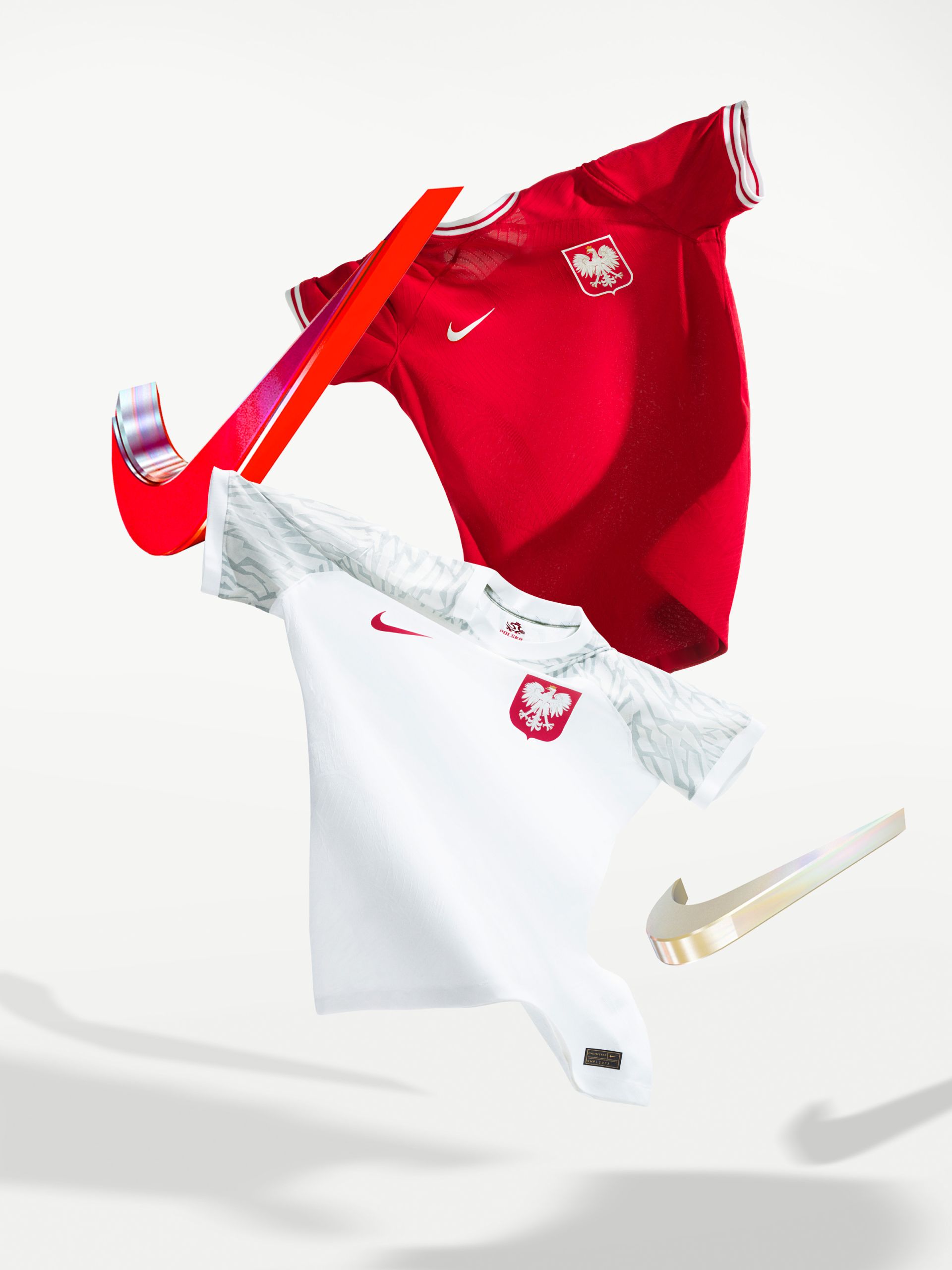 Home: Poland never seem to get treated to interesting kits and their 2022 vintage is no different with the home strip limited to a very straightforward design in the national colours of red and white. The retro crew collar and sleeve cuffs are fairly nice in isolation though.

Away: A little more imagination is evident on the away shirt thanks to a crackled print design spread across the shoulders and down the sleeves. Other than that, it’s basically just a straight colour reversal of the home jersey. 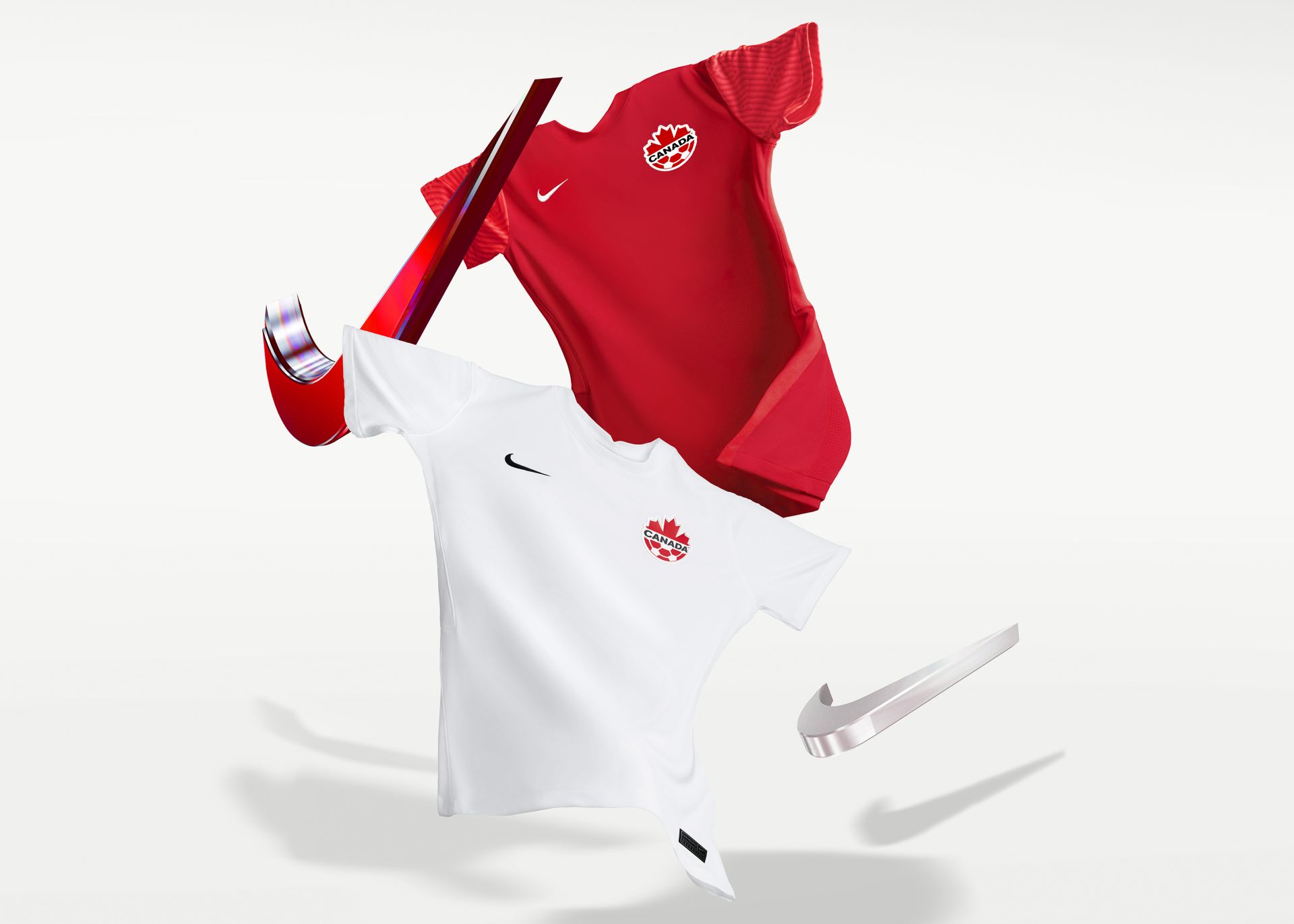 Canada’s current kits debuted in a June 2021 World Cup qualifying match against Aruba, and they won’t get a new one for the World Cup due to being “on a different kit development cycle.”

Home: A plain red football shirt with the Canadian maple leaf crest on the chest.

Away: A plain white football shirt with the Canadian maple leaf crest on the chest 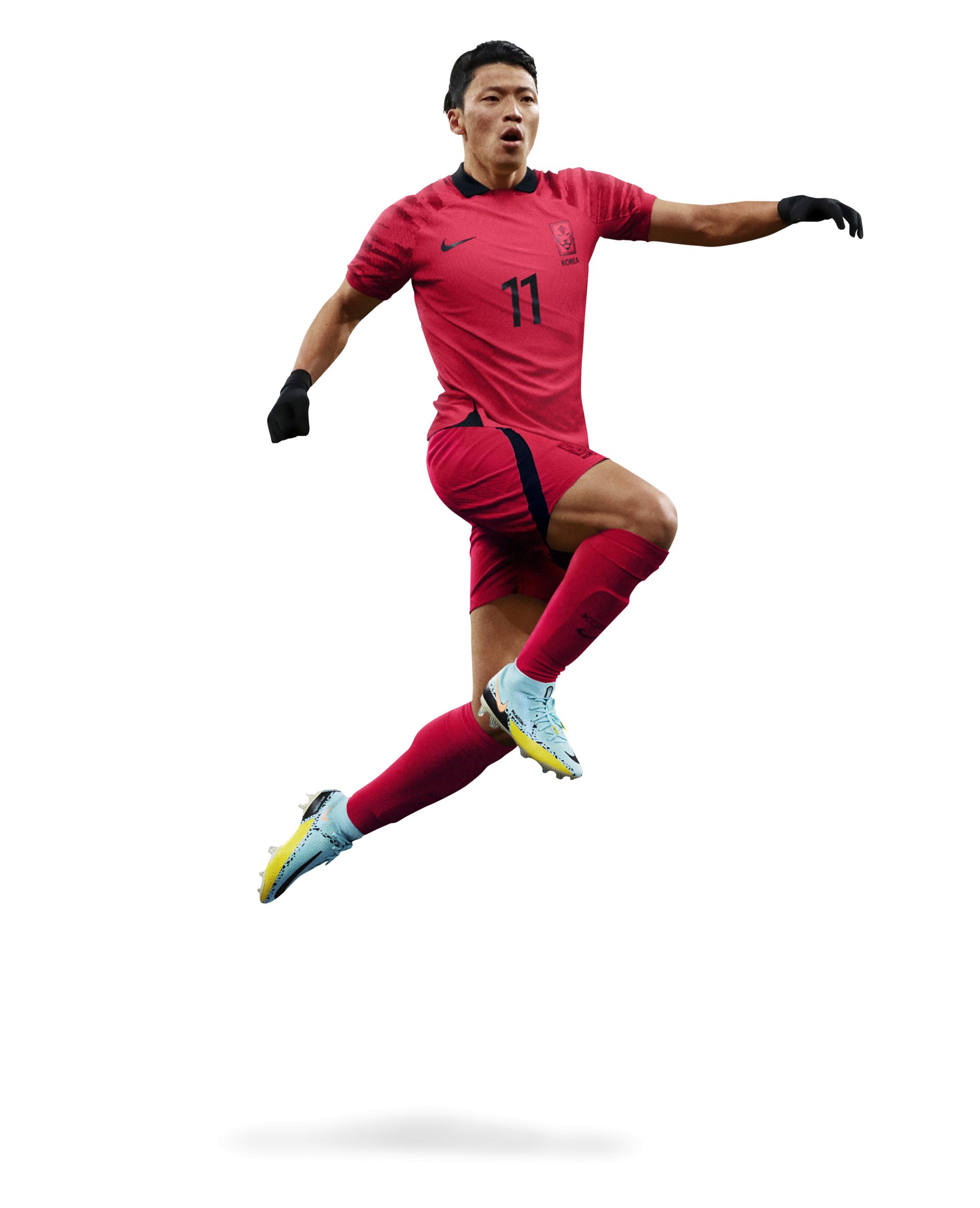 Home: The South Korea home kit is based on the ancient mythical folk tales of Dokkaebi, mischievous goblins who both help and hinder their human counterparts. Just to cap it all off, the fiery crimson colour palette represents the fighting spirit of the nation.

The Dodge Charger EV’s fake exhaust sound is sure to divide...

Chelsea are monitoring whether Leao re-signs with Milan

Nreal’s $379 AR glasses launch in the US today