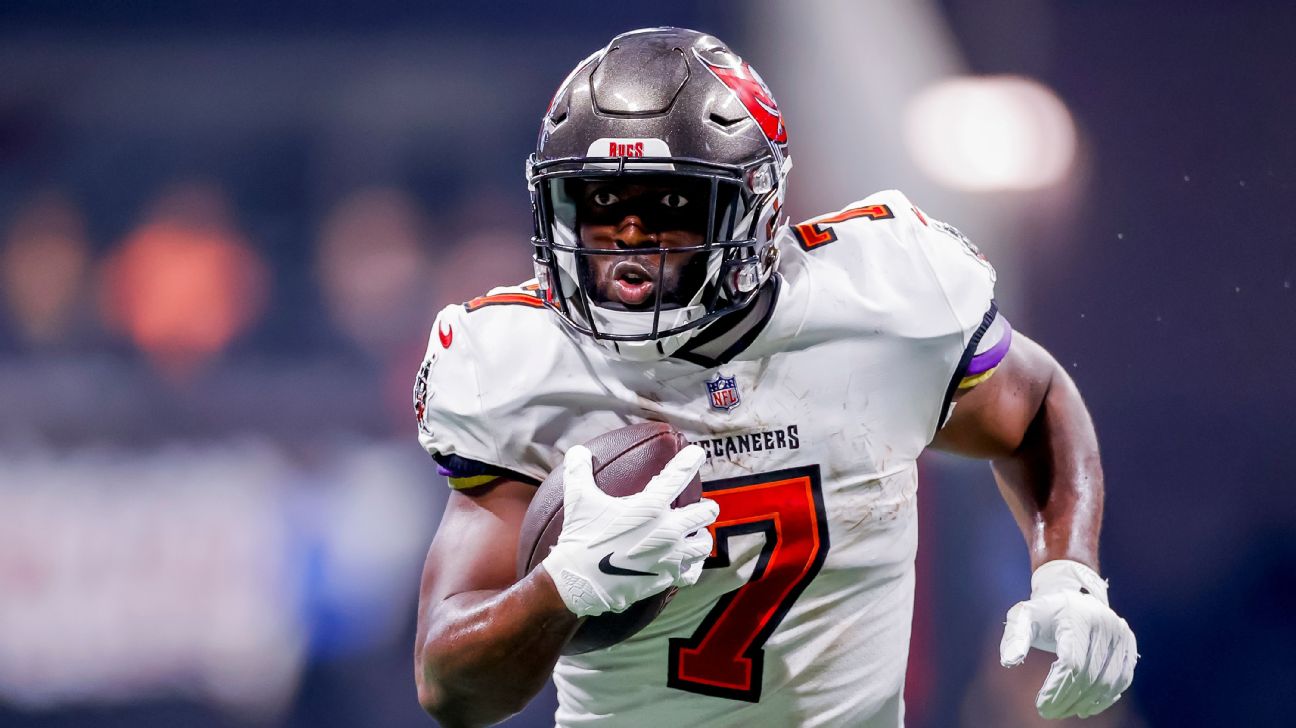 The Tampa Bay Buccaneers are undefeated through two games and lead the NFC South, but fantasy managers with running back Leonard Fournette in their starting lineup might have some issues with his performance.

Fournette ranks in the top five for rushing attempts (45) and yards (192) but has failed to reach the end zone. His lack of touchdowns means he has scored just 25.1 total PPR points — the most popular scoring format for ESPN fantasy leagues — against the Dallas Cowboys and New Orleans Saints.

Last season, Fournette’s eight rushing touchdowns ranked him in the top 10 among all running backs, and he was one touchdown shy of his career best set in his rookie season with the Jacksonville Jaguars. He also earned a career-high average of 4.5 yards per carry and notched 69 catches, third among all running backs. This led to Fournette being the sixth-ranked running back in PPR points in 2021, scoring 255.6 total points with an average of 18.3 points per game.

Read more: Who to grab from the waiver wire ahead of Week 3 action

Ahead of the 2022 season, Fournette was a hot commodity on fantasy draft boards as the 11th-ranked running back in PPR leagues, but he currently sits at No. 20 among running backs for average points scored.

On Monday morning, he apologized for his early-season shortcomings.

Fournette scored his first touchdown in Week 6 of last season, so perhaps fantasy managers should circle Tampa Bay’s Week 6 matchup against the Pittsburgh Steelers in case history repeats itself.

Balancing workload vs. longevity will be season-long challenge for star RBs...

Detroit Lions D’Andre Swift falls down gets up then jukes out...