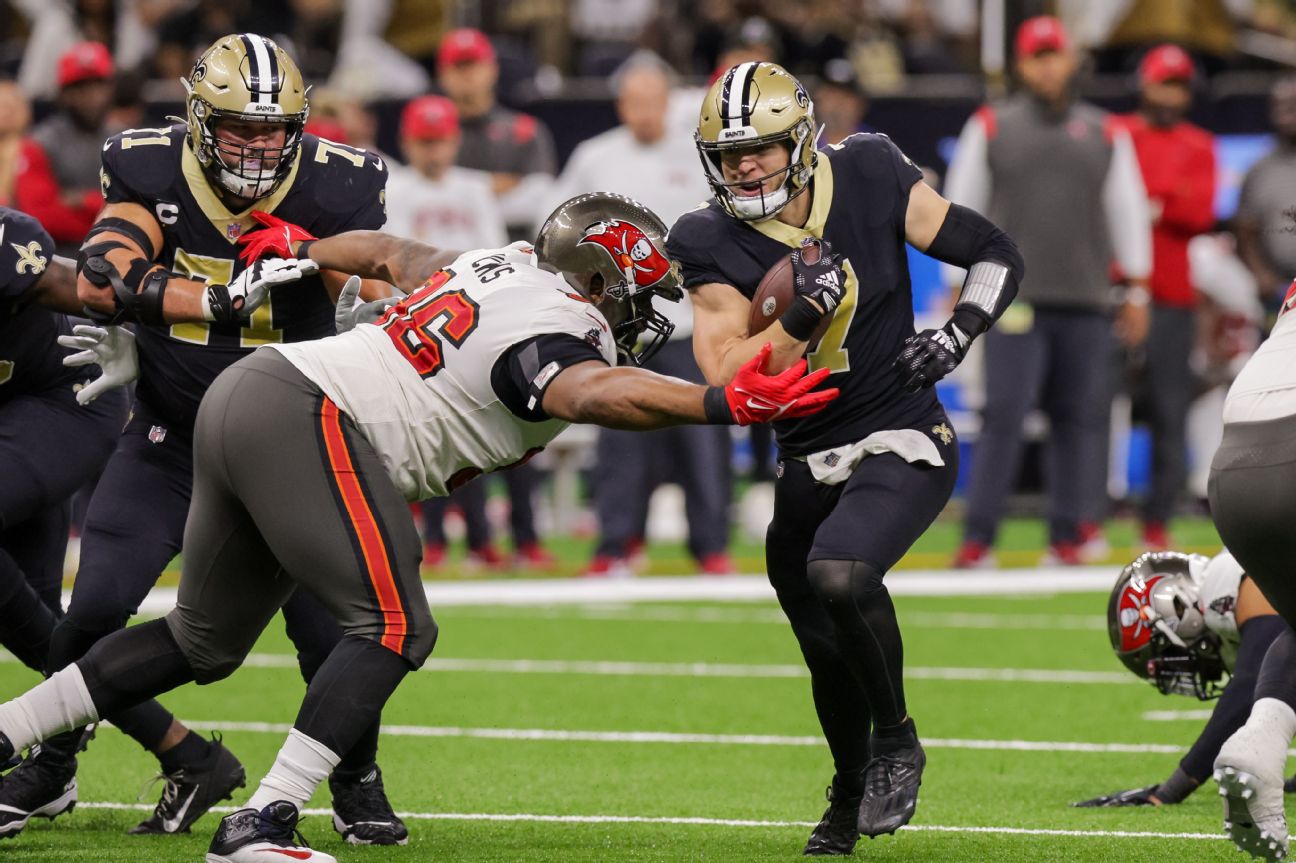 NEW ORLEANS, La. — The injuries to Tampa Bay Buccaneers quarterback Tom Brady‘s offensive line continue to mount, with left tackle Josh Wells, who was filling in for starter Donovan Smith, leaving Sunday’s game at the New Orleans Saints in the second quarter with a calf injury.

Defensive lineman Akiem Hicks also was ruled out against the Saints after suffering a foot injury when taking on a double team against Andrus Peat and Erik McCoy when outside linebacker Shaq Barrett knocked the ball loose from Jameis Winston‘s hands, forcing a fumble.

Wells suffered the injury in the second quarter with two minutes to go before the half. After pass blocking against Marcus Davenport, he came off the field with a noticeable limp. Smith, who is missing just his third game in eight seasons, suffered a hyperextended right elbow last week at the Dallas Cowboys.

Wells’ replacement is Brandon Walton, a third-string tackle who originally signed with the Buffalo Bills as an undrafted free agent in 2020 and had been claimed off waivers from the Pittsburgh Steelers and signed to the Bucs’ practice squad last year.

Making matters worse, the Bucs entered Sunday’s game without Pro Bowl wide receivers Chris Godwin and Julio Jones, both due to hamstring injuries, and they have struggled to run the ball with running back Leonard Fournette.

Things reached a boiling point in the third quarter, when Brady threw a tablet on the sideline out of frustration. It was the second time in four regular-season games against the Saints that Brady has thrown a tablet.

Intel reveals the specs of its new Arc graphics cards

Author - October 1, 2022
Google is shutting down Stadia, its polarizing cloud gaming service, only four weeks after the company’s target audience of me, Makena Kelly, actually started...