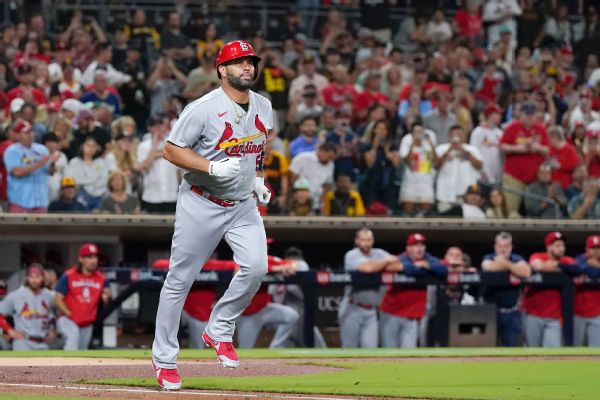 St. Louis Cardinals slugger Albert Pujols is now one shy of the 700 club.

Pujols hammered a two-run home run off the Los Angeles Dodgers left-hander Andrew Heaney in the third inning Friday night for the 699th homer of his career.

How to send a confidential message on Gmail

Memories in Google Photos are getting a new look and fresh...

HBO calls House of the Dragon its biggest premiere ever, with...

Albert Pujols hitless in first game of doubleheader in quest for...