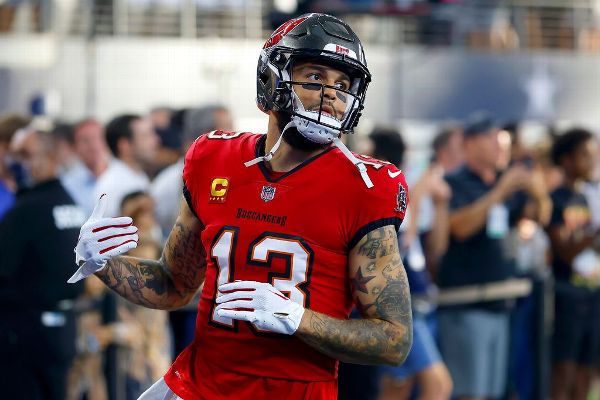 The Bucs don’t expect to know whether wide receiver Julio Jones (knee) will be able to play until they see how he feels during pre-game warmups, the source said.

Offensive tackle Donovan Smith, nursing an elbow injury, is not expected to play, but the Bucs anticipate OT Tristan Wirfs (abdominal) to be available, according to the source.

Smith suffered a hyperextended right elbow against the Dallas Cowboys last week, leaving the game in the second quarter. Backup swing tackle Josh Wells, who has been practicing in Smith’s spot all week, would get the start if Smith cannot go. It would be just the third missed game for Smith in 112 career games.

Wide receiver Chris Godwin has already been ruled out due to a hamstring injury he suffered against Dallas.

The Buccaneers haven’t won in New Orleans in the regular season since Dec. 31, 2017. In their seven consecutive regular-season losses to the Saints, they have been outscored 210-108. The Buccaneers’ lone win in that span came during the 2020 postseason, when they defeated the Saints 30-20 in the NFC divisional playoff.

Which players missed out on summer transfers?

Oppo’s ColorOS 13 update has a built-in pixelation feature for message...