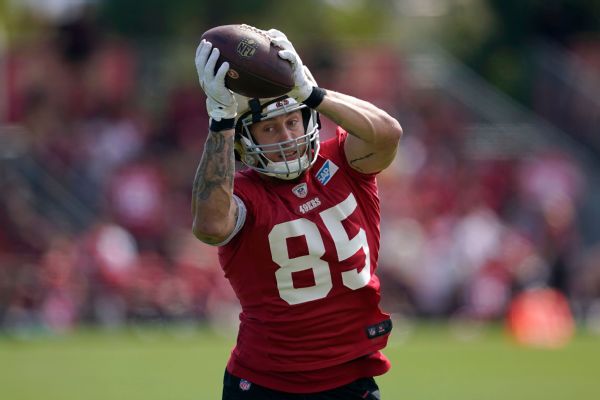 Kittle, 28, is listed as questionable due to a groin injury, which caused him to sit out the Niners’ season-opening 19-10 loss to the Chicago Bears.

Kittle, who injured the groin in a light practice leading up to the Week 1 game, hasn’t played a full season since 2018 because of foot, knee and hamstring injuries.

A three-time Pro Bowler, he had 71 receptions for 910 yards six touchdowns in 14 games last season.

Pittsburgh Steelers add No. 3 sticker to helmet to honor QB...

Matthew Stafford with ‘no limitations’ on elbow ahead of Los Angeles...

Jacksonville Jaguars have a pingpong table in the locker room after...

Shah Rukh Khan Shedding All His Worries & Dancing To ‘Na...