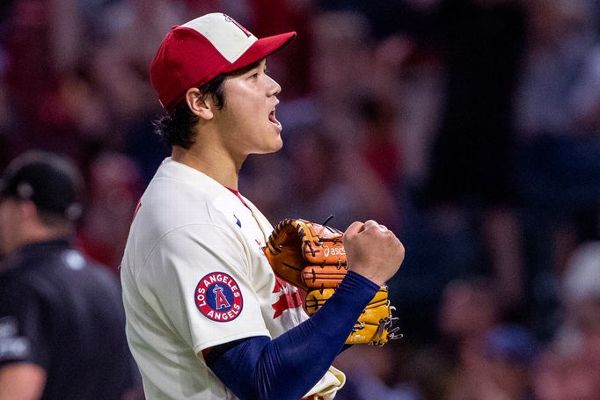 The Angels’ second straight victory against the Mariners came on the back of their two-way MVP candidate as Ohtani reached base twice in three at-bats, drove in his 89th run and lowered his ERA to 2.43 in 148 total innings.

One day after the teams combined to hit seven home runs, Ohtani and Mariners starter George Kirby did not allow a long ball. Seattle’s Taylor Trammell hit a home run in the eighth inning off Jaime Barria, his fourth.

Ohtani gave the Angels a 1-0 lead in the first inning, when he followed Mike Trout‘s single with a double off the left-field wall. Trout scored when the rebound eluded Mariners left fielder Jesse Winker.

Ohtani helped make it 2-0 in the fourth inning when he worked a leadoff walk against Kirby, moved to third on a single and a wild pitch, then scored on a ground out by Matt Duffy.

On the mound, Ohtani (13-8) was barely threatened, allowing one Seattle runner to reach second base. He gave up three hits with one walk and eight strikeouts, his most in three starts this month. Ohtani now has 196 strikeouts on the season.

The Mariners entered the four-game series tied for the top spot in the AL wild-card chase but are now two games behind Toronto Blue Jays and a half game in back of the Tampa Bay Rays. Seattle holds the final wild-card spot, five games ahead of the Baltimore Orioles.

Although they are already assured of a losing record this season, the Angels improved to 9-8 against the Mariners.

The Associated Press contributed to this story.

The PlayStation 5 is almost easy to buy

Paul Pogba is major doubt for 2022 World Cup amid knee...

Here’s another example of the frustrating ‘Adobe upsell’