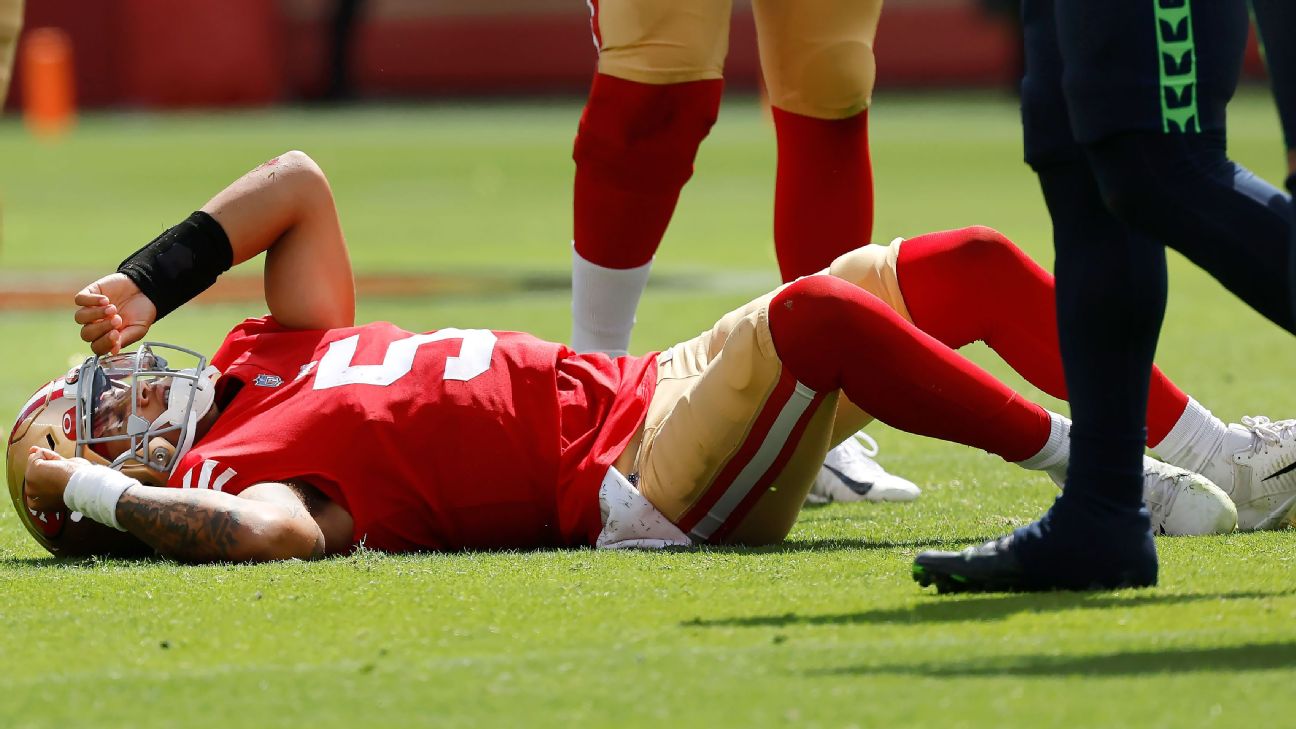 SANTA CLARA, Calif. — San Francisco 49ers quarterback Trey Lance left Sunday’s game against the Seattle Seahawks with 2:20 left in the first quarter with a right ankle injury and will not return.

Lance stayed on the field for a few moments in obvious pain after taking a hit from Seahawks linebacker Cody Barton. His right leg was put in an air cast and his teammates quickly gathered around him to offer words of encouragement before he left the field on a cart and headed to the locker room.

With 2:33 to go in the opening quarter, the Niners ran a zone-read play in which Lance had the option to hand it off to receiver Ray-Ray McCloud or keep it. He opted to keep it and ran up the middle where Barton met him in the hole. Lance fell awkwardly as his right leg appeared to fold under him.

Jimmy Garoppolo, the veteran quarterback whom Lance replaced in the offseason, entered the game and completed his first attempt for 4 yards before the Niners settled for a field goal.

Lance was 2-of-3 for 30 yards and had three carries for 13 yards before he departed.

Splatoon 3 review: the most playful and stylish shooter around

Pre-World Cup, looking back at the best

Tony La Russa will not return as manager of Chicago White...

Royal Caribbean is putting SpaceX’s Starlink on its cruise ships

The open elevator door button puts kindness at our fingertips

Waymo’s driverless vehicles are picking up passengers in downtown Phoenix