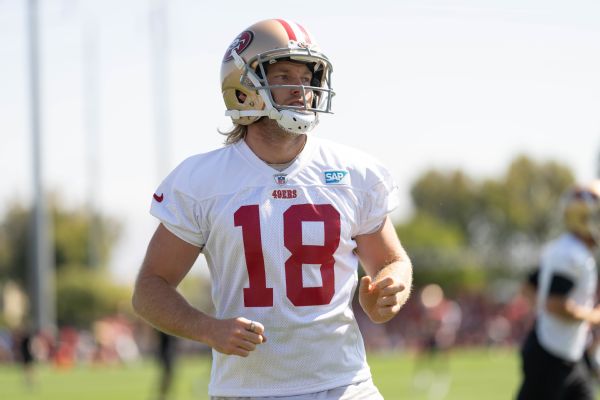 SANTA CLARA, Calif. — Heading into the 2022 season, all three of the San Francisco 49ers specialists were scheduled to be unrestricted free agents after this season. Not anymore.

The Niners announced Friday that they signed punter Mitch Wishnowsky to a four-year contract extension that will keep him in San Francisco through the 2026 season. The extension is worth up to $13 million, sources told ESPN’s Adam Schefter.

Wishnowsky was originally a fourth-round selection (No. 110 overall) in the 2019 NFL draft. In three-plus seasons with the team, he has played in 50 games, averaging 41.2 yards per punt with 72 punts inside the opponents’ 20.

Last month, general manager John Lynch said the team was looking into possible extensions with players who were set to become free agents after the season. Wishnowsky is the first to sign a longer pact since the Niners extended receiver Deebo Samuel on July 31.

Blizzard reveals a suite of Overwatch 2 tools to fight cheaters...

IndyCar’s seven-way title fight, led by a pair of 40-somethings, is...