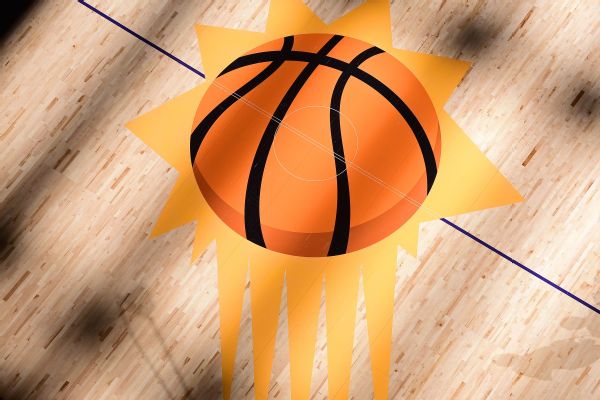 Phoenix Suns vice chairman and minority owner Jahm Najafi, the team’s second-largest stakeholder, called for majority owner Robert Sarver’s resignation in an open letter to team employees released on Thursday night, saying there should be “zero tolerance” for lewd, misogynistic and racist conduct in any workplace.

Sarver was banned from the NBA for one year and fined $10 million after the NBA on Tuesday released its findings from a 10-month independent investigation into allegations of workplace abuse during Sarver’s tenure as managing partner of the Suns that has spanned nearly two decades.

Najafi, who has been critical of Sarver since the allegations were first reported by ESPN in November, is one of three vice chairmen for the Suns, with several other minority investors also part of the ownership group.

“Similar conduct by any CEO, executive director, president, teacher, coach, or any other position of leadership would warrant immediate termination,” Najafi wrote in the letter. “The fact that Robert Sarver ‘owns’ the team does not give him a license to treat others differently than any other leader. The fact that anyone would find him fit to lead because of this ‘ownership’ position is forgetting that NBA teams belong to the communities they serve.

“Team investors are merely temporary stewards. If we, as sports leaders, are not held to the same standards then how can we expect a functional society with integrity and respect on any level? We owe it to you: employees, players, partners, and your families to provide the same positive workplace environment we would require of any other business.

“I cannot in good judgment sit back and allow our children and future generations of fans to think that this behavior is tolerated because of wealth and privilege. Therefore, in accordance with my commitment to helping eradicate any form of racism, sexism and bias, as Vice Chairman of the Phoenix Suns, I am calling for the resignation of Robert Sarver.”

Among the litany of allegations corroborated by the investigation conducted by the law firm Wachtell, Lipton, Rosen & Katz, Sarver was found to have, on at least five occasions, repeated the N-word when recounting the statements of others — “four of those after being told by both Black and white subordinates that he should not use the word, even in repetition of another,” according to the report. The investigation also uncovered “instances of inequitable conduct toward female employees,” including “sex-related comments” and inappropriate comments on employees’ appearances.

Najafi went on to write that while he has no interest in becoming the managing partner of the Suns, “I will work tirelessly to ensure the next team steward treats all stakeholders with dignity, professionalism and respect.”

Najafi released a statement back in November 2021, hours after ESPN’s investigation was published, writing, in part, “Team investors are simply temporary stewards of this treasure. It is our job as stewards to ensure everyone is treated respectfully and equally.”

Los Angeles Lakers star LeBron James and Suns point guard Chris Paul also voiced disappointment with the NBA’s punishment of Sarver, with Paul writing in a tweet, “I am of the view that the sanctions fell short in truly addressing what we can all agree was atrocious behavior.”

Najafi’s letter was released on the same day Phoenix mayor Kate Gallego and some of the city’s councilmembers released a statement saying they were “appalled by the actions” that were detailed in the Sarver report.

“It is unacceptable for the organization’s leadership to be associated in any way with the despicable actions detailed in the report,” that statement said. “We are equally concerned about a culture that would enable these actions to occur time and again, with — at most — ineffective disciplinary action.”

In the statement, Gallego added, “We have asked city staff to investigate any actions we, as leaders of the City of Phoenix, can take in light of the details substantiated in the report.”

Brydge’s SP Max Plus is a pricey tank of a Type...

Autodesk and Epic Games are bringing immersion to architecture tools

Dak Prescott hand injury – Biggest questions and what’s next for...

Author - October 3, 2022
Later this week, Google will reveal the full details, including price, specs, and a release date for its Pixel 7 phones and the Pixel...

A new Facebook Marketplace rule could make it harder to find...