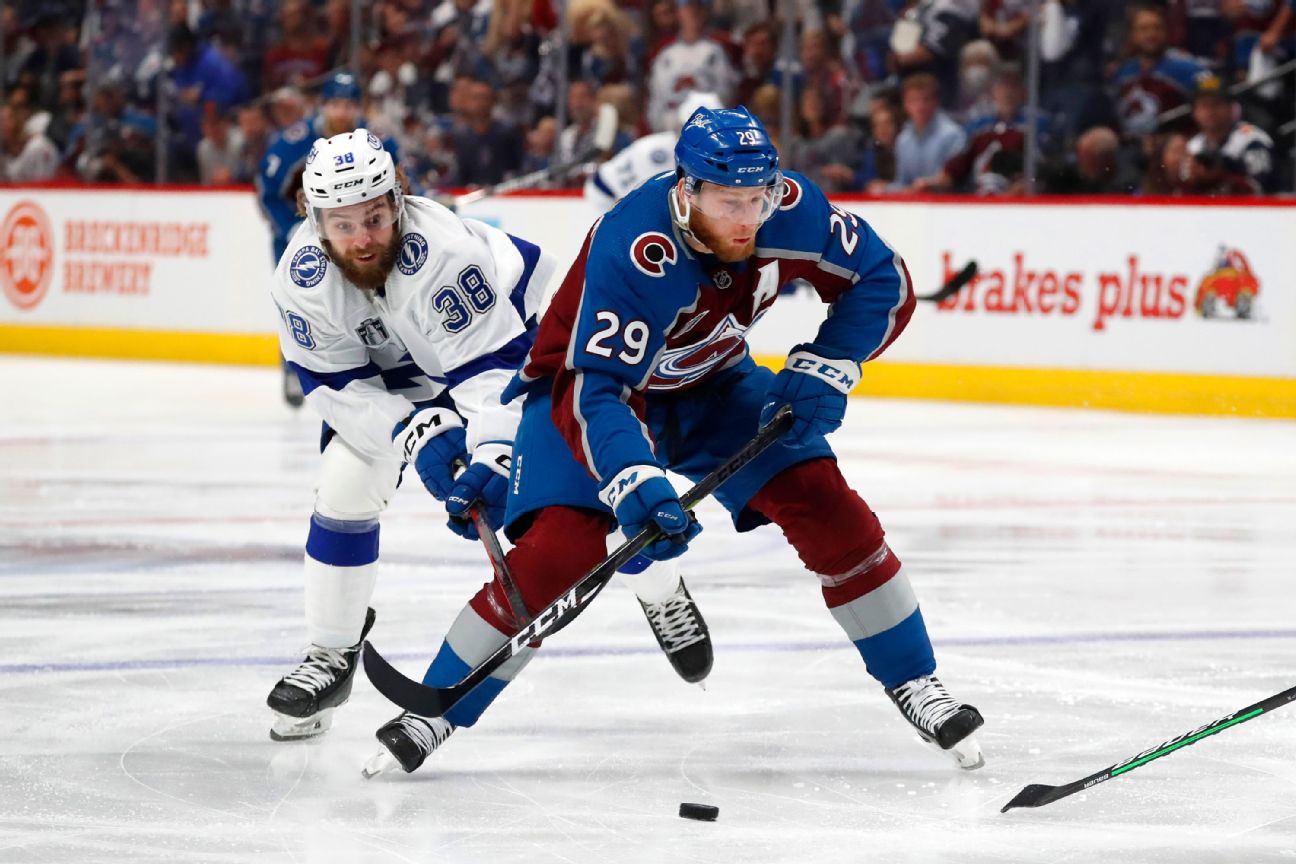 HENDERSON, Nev. — Nathan MacKinnon expects to sign a contract extension with the Colorado Avalanche soon, and it could make him the highest-paid player in the NHL.

MacKinnon wants to get something done before the season starts next month, adding he’ll shelve talks if an agreement isn’t reached by Oct. 12 when the reigning champions raise their Stanley Cup banner and begin their title defense.

“We’re pretty close,” MacKinnon said Thursday at the NHL/NHLPA player media tour outside Las Vegas. “I’d prefer it to be done. … It gets emotional. You feel like it’s personal sometimes. I’d like to get it done just so it’s not a distraction at all.”

Agent Pat Brisson said the sides are trying to get a deal done relatively soon. MacKinnon’s current contract expires after this season.

When it’s finalized, the deal could surpass Connor McDavid‘s $100 million over eight years as the richest signed since the salary cap era began in 2005. McDavid, the Edmonton Oilers‘ captain whose $12.5 million cap hit is the highest in the league, said he hasn’t thought much about others passing him.

“It’d be good for hockey, I guess, to keep raising the bar,” McDavid said. “But ultimately the salary cap system’s a weird system where the more money you make, the less money someone else can make. It’s kind of a weird system that way.”

“I think the deal I sign will be fair,” MacKinnon said. “It’s not going to be a single digit (salary cap hit) or anything, but it’ll be good, I think, for both sides. Denver’s the only place I want to be.”

MacKinnon has been a finalist for the Hart Trophy as league MVP three times in the past five seasons and was one of Colorado’s best players during their Cup run with 24 points in 20 games.

At $6.3 million against the cap, MacKinnon has for quite some time been one of the most underpaid players in hockey.

The Legend of Zelda: Tears of the Kingdom is the sequel...

Google put Parler’s app back in the Play Store