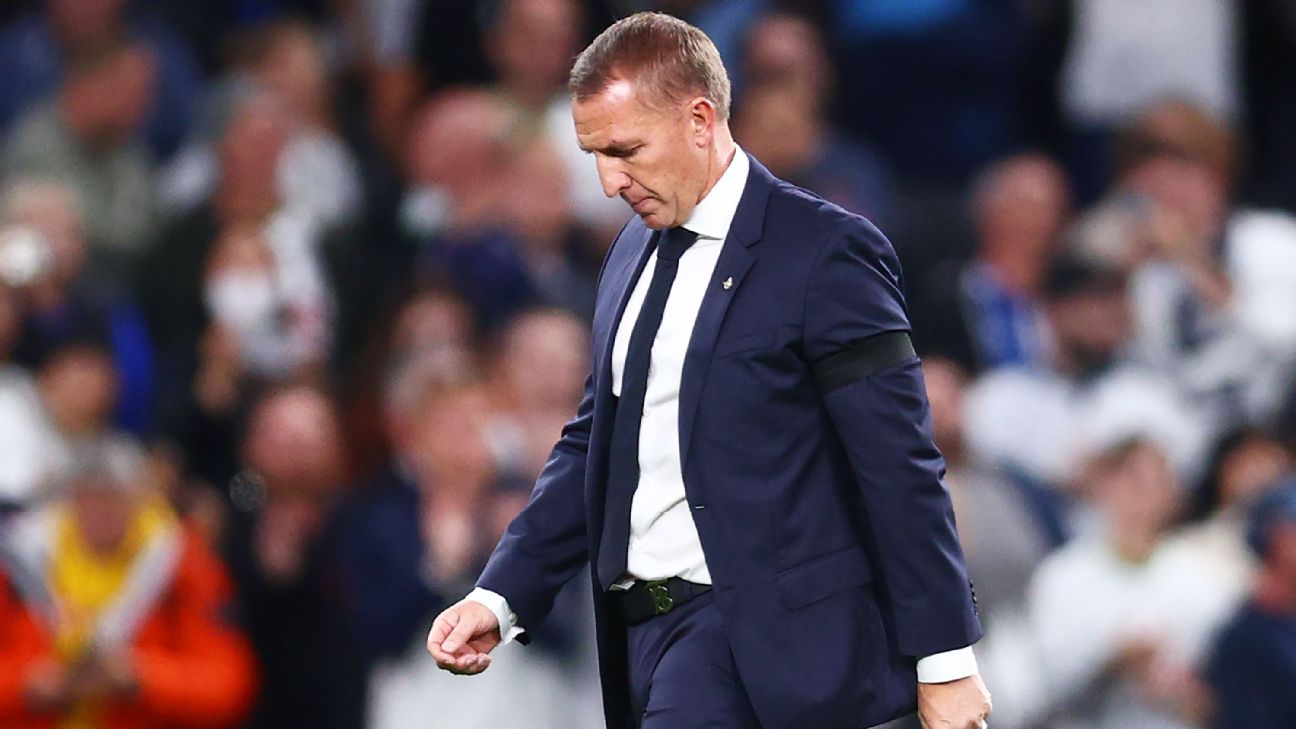 Under-pressure Leicester City manager Brendan Rodgers said he would respect any decision made about his future by the club’s owners after his side’s season hit a new low with a 6-2 defeat at Tottenham Hotspur in the Premier League on Saturday.

Leicester had opened the scoring through Youri Tielemans penalty and were still very much in the game as they trailed 3-2 with a little under 20 minutes left on the clock.

But a stunning, quick-fire hat-trick by Son Heung-Min off the bench left Leicester reeling after their sixth successive league defeat.

They are currently bottom of the table with one point from their opening seven games, and they have already conceded 22 goals.

As the Premier League takes a two-week break for the international window, Rodgers is the favourite to become the next manager to be shown the door.

Asked if he was feeling the pressure, Rodgers, who took over in February 2019 and guided Leicester to consecutive fifth-placed finishes before, told Sky Sports: “It increases the pressure on me very much so. I come in every day and do my work. I totally understand the frustration of supporters. I can’t hide from that. It’s my responsibility.

“Whatever happens I’ll have a huge amount of respect for them [the owners] because they’ve given me great support. I understand the game. The scoreline didn’t reflect the game but the bottom line is it’s a heavy defeat.

“Whatever happens to me at Leicester whether I stay and fight on, I’ll always respect them.”

Rodgers had raised eyebrows when he appeared to criticise the owners over Leicester’s lack of strengthening in the summer transfer window.

The result at Tottenham was harsh on Leicester, who were matching their high-flying hosts for long periods with James Maddison‘s goal sending them in level on 2-2 at half-time.

They almost made it 3-3 as well when Patson Daka had a header brilliantly saved by Hugo Lloris.

“For 73 minutes it was a good game and we were arguably the better side with the chances we created. We got punished for mistakes,” Rodgers said.

“I asked the players to play with courage and be brave, and they were that. We conceded early in the second half for 3-2 and Hugo Lloris makes a great save for 3-3.

“Then we lose the ball and they break away. At 4-2 it becomes open and that’s about managing the game and the scoreline. The scoreline looks worse than the game was.

“I feel for the players. They didn’t deserve that.”

Despite his perilous position, Rodgers sounded a defiant note, saying he was still confident he could turn it around.

“It’s a challenge I will relish,” Rodgers said. “Now we can only look forward.”

Google opens the door for Android apps that work across all...

How a close loss to Alabama is inspiring Steve Sarkisian and...