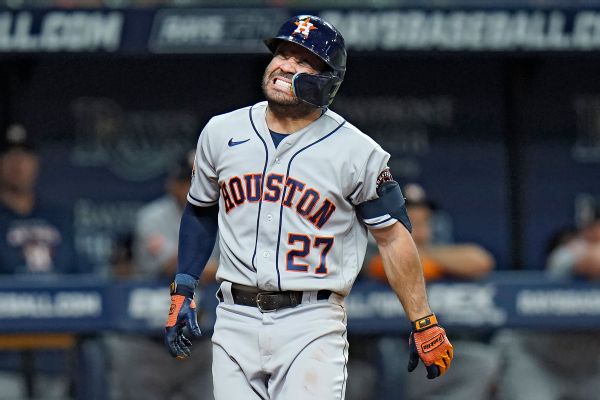 ST. PETERSBURG, Fla. — Houston Astros second baseman Jose Altuve was hit by a pitch on the left elbow and left one inning later with elbow discomfort during Wednesday night’s 5-2 win over the Tampa Bay Rays.

Manager Dusty Baker said Altuve will probably miss the opener of a four-game series Thursday night at Baltimore but could be ready to return Friday.

“He’s going to be sore,” Baker said. “It got him below the pad, right on the elbow. Anybody who’s ever hit in their elbow knows how much that can hurt.”

With two out and a runner on first, Altuve was struck by an 89 mph pitch by Rays right-hander Corey Kluber. He was replaced in the sixth inning by Mauricio Dubon.

Minkah Fitzpatrick is the leader the Steelers need right now –...

The new Windows Insider build makes it impossible to uninstall some...

Author - October 1, 2022
In 2019, Microsoft finally introduced support for Win32 games on the Microsoft Store for Windows. But if you downloaded the games, you might want...

The new Windows Insider build makes it impossible to uninstall some...