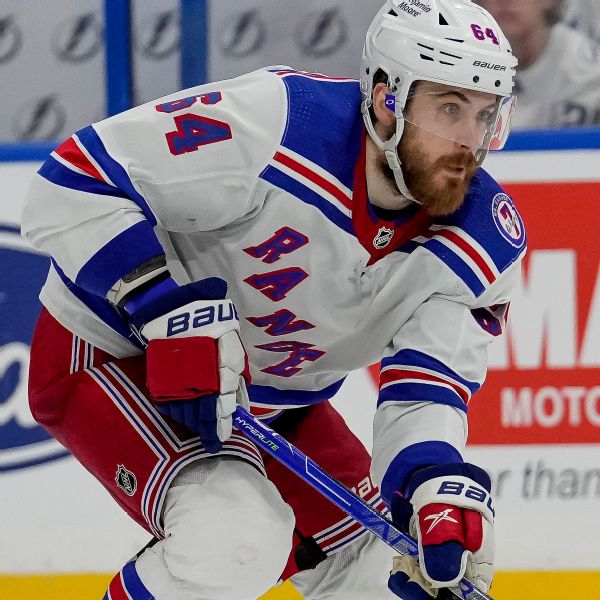 The Ottawa Senators agreed to terms with Tyler Motte on a one-year, $1.35 million contract, the team announced Wednesday, securing one of the last remaining veteran forwards on the market.

Motte, 27, started last season with the Vancouver Canucks before a March 21 trade to the New York Rangers in time for a memorable playoff run.

“Tyler is a tenacious checker who plays the game with pace,” Senators general manager Pierre Dorion said. “He’s a strong penalty killer and another competitive person who adds to the depth of our group.”

While Andrew Copp and Frank Vatrano — also late-season forward additions by the Rangers — landed on top lines, resulting in more scoring opportunities, Motte became a staple on the fourth line in New York.

He did not register a point in nine regular-season games for the Rangers, but he averaged 12:33 time on the ice as the club secured its postseason position in the Eastern Conference. In the playoffs, where the Rangers won two series, Motte scored twice while still topping 12:00 a game.

On a team with less offense than New York, Motte almost assuredly would move up to a third-line role, which is possible in Ottawa. But he has proven the versatility to play anywhere in a lineup.

He has yet to play a full season in the NHL — 74 games was his maximum, back in 2018-19 — and that could be something his camp hopes to achieve with his latest deal.

A native of St. Clair, Michigan, Motte was drafted in the fourth round by the Chicago Blackhawks in 2013.

The case against betting on Notre Dame football in 2022

Overwatch 2’s new heroes will be unlocked via battle pass