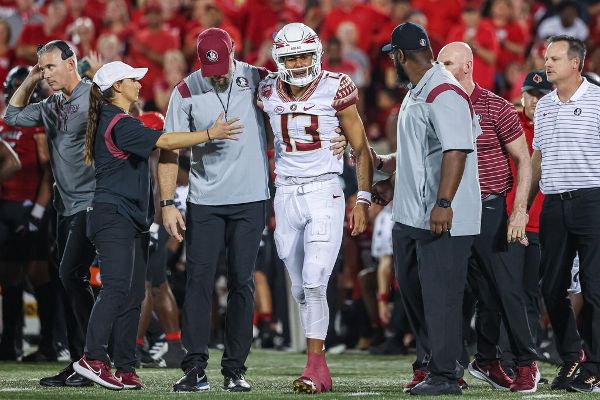 Florida State Seminoles will be without starting quarterback Jordan Travis for the second half of Friday’s game against Louisville.

Travis, who led FSU to an upset win over LSU in Week 1, appeared to injure his right knee while trying to escape a sack in the second quarter.

Travis was replaced by third-year sophomore Tate Rodemaker and was on the sideline on crutches as the Seminoles opened the second half with a game-tying touchdown.

Travis opened the game completing his first 11 passes, two of which went for a touchdown. For the season, he’s 44-of-65 passing for 624 yards and four touchdowns.

Dariq Whitehead has surgery on foot, expected to be back in...

DirecTV’s NFL Sunday Ticket is having some issues again