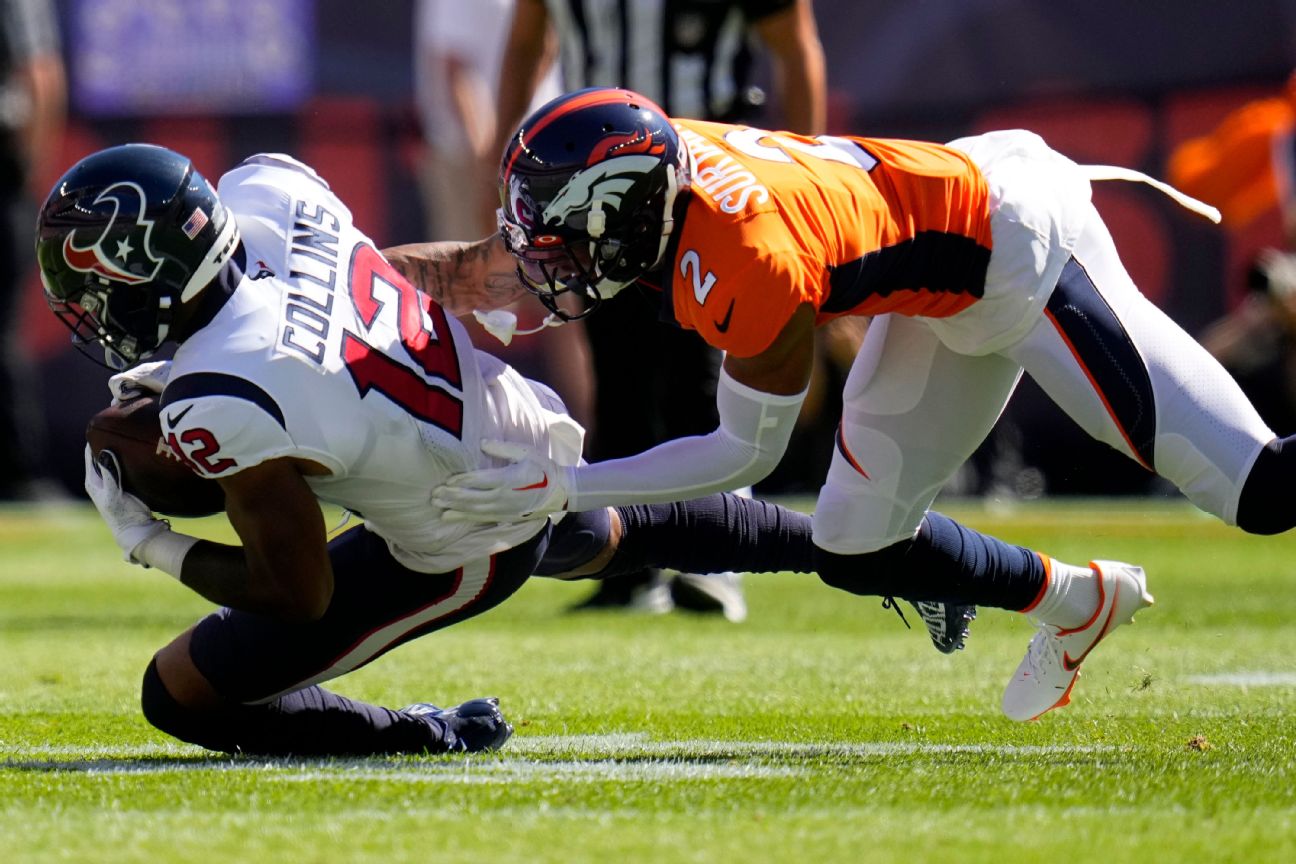 ENGLEWOOD, Colo. — Denver Broncos cornerback Pat Surtain II, who left Sunday’s win over the Houston Texans early in the second quarter because of a left shoulder injury, is considered day-to-day after additional exams Monday morning, according to sources.

Given Surtain’s importance to the Broncos’ defense, that the injury is not a long-term one has to be considered good news for Denver. Broncos coach Nathaniel Hackett was scheduled for his weekly Monday news conference at 3:15 p.m. MT.

Surtain is seen on the game video shaking his left arm after engaging with Texans wide receiver Nico Collins during a 7-yard run by Texans running back Dameon Pierce. Surtain stayed in the game for two more plays but was then replaced by Broncos rookie cornerback Damarri Mathis.

“A guy like Pat goes down, it’s going to impact things,” said safety Kareem Jackson. “[Mathis] came in and did what we needed him to do.”

Mathis, who finished the game with five tackles in a little over a half of work, would likely play in Surtain’s spot Sunday night against the San Francisco 49ers if Surtain does not play.

“Got to see him step up … thing about Damarri is it’s not too big for him.” Hackett said.

Over the Broncos’ first two games, Surtain has been the cornerback defensive coordinator Ejiro Evero has been most willing to match up on an opponent’s best wide receiver. Surtain shadowed DK Metcalf for much of the season opener and was matched up on the Texans’ Brandin Cooks early on in Sunday’s game.

Broncos wide receiver Jerry Jeudy also suffered an injury in Sunday’s game. Jeudy was hurt when he landed awkwardly as he attempted to snare a Russell Wilson pass with just under six minutes remaining in the first quarter. The team initially called it a shoulder injury, but after Denver’s 16-9 win, Hackett said the injury was to Jeudy’s ribs.

Oppo’s ColorOS 13 update has a built-in pixelation feature for message...