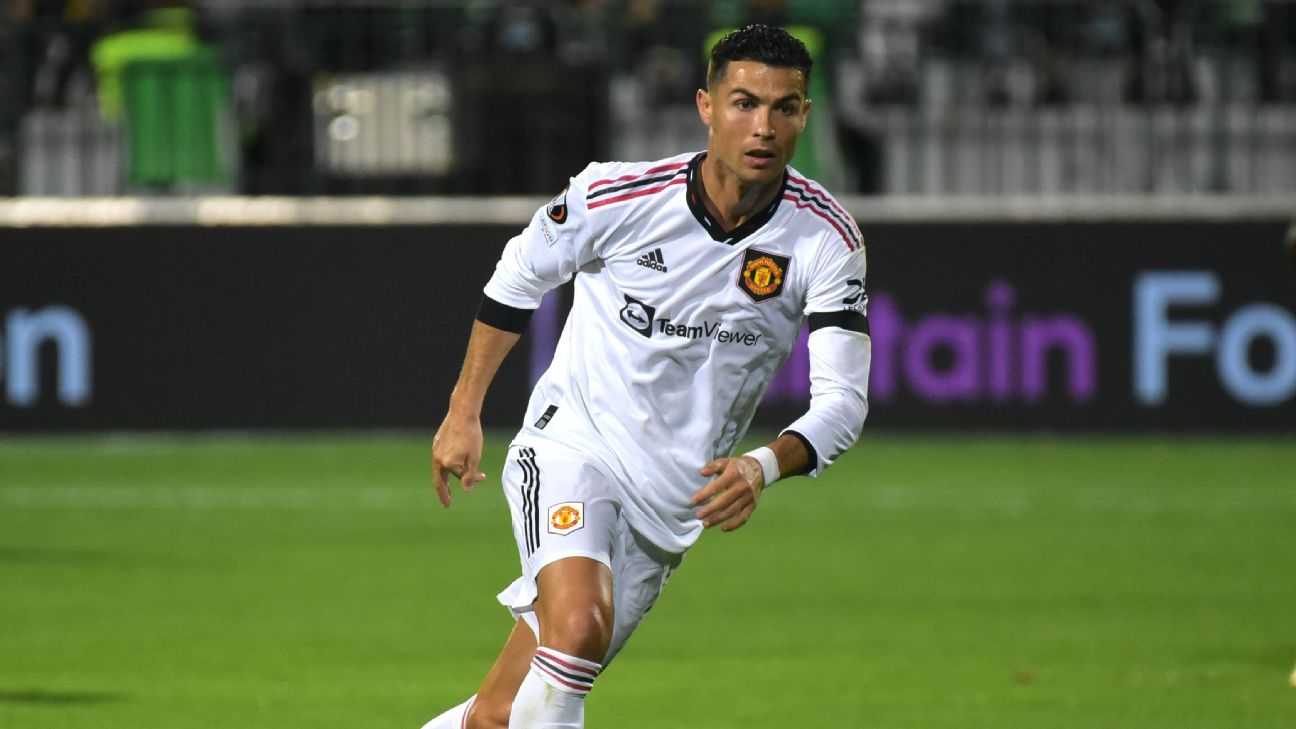 The summer transfer window is closed for the major leagues in Europe. However, with an eye on January, there’s plenty of gossip swirling about who’s moving where. Transfer Talk brings you all the latest buzz on rumours, comings, goings and, of course, done deals!

Manchester United manager Erik ten Hag will be handed up to £100 million to spend on transfers if Cristiano Ronaldo leaves in the January transfer window, according to the Sun.

United spent £225m (€261m) on new signings this summer, most notably on the transfers of Antony and Lisandro Martinez from Ajax Amsterdam, as well as Casemiro from Real Madrid.

Tten Hag will reportedly receive £70m for January transfers, but this could increase to £100m if Ronaldo leaves.

The 37-year-old striker is reportedly looking to depart Old Trafford this winter transfer window, and had been linked with numerous sides during the summer. With the Portugal international earning £450,000 a week, his exit would afford the Red Devils an extra £30m to invest in the side.

Ronaldo scored his first goal of the season (the 699th of his club career) on Thursday in United’s 2-0 win against Sheriff Tiraspol in Europa League group stage action.

Ten Hag could reignite his interest in Frenkie de Jong after a deal collapsed with Barcelona this summer. The 25-year-old Netherlands midfielder’s future remains uncertain at Camp Nou, as he has started only two games under Xavi Hernandez in LaLiga this season.

It is reported that the Ten Hag is looking for at least three more players to allow his squad to compete with Liverpool and Manchester City in the Premier League.

– Internazionale have set a deadline for the contract extension of Milan Skriniar, as they hope to hold off the interest of Paris Saint-Germain, reports Calciomercato. After previously agreeing to a new deal reportedly worth €5.5m-a-year at the end of last season, the Nerazzurri are now preparing to offer the 27-year-old centre-back a more lucrative contract in an attempt to keep him at the San Siro. With his current deal set to expire in June 2023, the Italian outfit may be forced to transfer the Slovakia international in January if they cannot reach an agreement by the end of October. The Serie A side will resume contract negotiations with the defender after the international break, and they are reportedly prepared to offer €6.5m plus add-ons, which would make Skriniar the second highest paid player behind frontman Romelu Lukaku.

– After being linked to Nikola Maksimovic, Dan-Axel Zagadou and Jason Denayer, AS Roma have decided against signing a free agent centre-back, according to Rudy Galetti. The Giallorossi will now prepare talks with Victor Lindelof, Japhet Tanganga and Trevoh Chalobah ahead of the January transfer window, with Roma boss Jose Mourinho still keen on signing a central defender.

– Eddie Howe has given Newcastle United the green light to compete with Arsenal for Mykhailo Mudryk in January, according to Football Insider. Brentford had a bid rejected by Shakhtar Donetsk for the 21-year-old’s transfer this summer, and the Magpies are now reportedly amongst a host of sides that will attempt to entice the Ukrainian star, who has two goals in as many games in the Champions League this season.

– Barcelona are still monitoring AS Monaco left-back Caio Henrique, according to Sport. The Catalan side could reignite their interest in the 25-year-old, who has had a blistering start in Ligue 1 this season, with four assists in five games for the Monegasques, despite Marcos Alonso, Alejandro Balde, and Jordi Alba currently battling for the starting left-back position. However, it is reported that this may change in January, with Alba tipped to depart the Camp Nou in the winter transfer window and 18-year-old Balde reportedly with several admirers from the Premier League. In addition to Henrique, Xavi Hernandez’s side is reportedly watching Valencia captain Jose Gaya, with the 27-year-old’s current deal set to expire next summer.

– Arsenal have left room for a free agent after finalising their squad for the Premier League, according to the Mirror. There is a limit of 17 players above the age of 21 and not classified as Home Grown Players that can be named, and with the Gunners calling on 14, the report speculates there is a place for former Lille midfielder Xeka to join the Emirates as a free agent. Mikel Arteta is looking to add a central midfielder to his side, with several attempts to sign Douglas Luiz rebuffed by Aston Villa this summer and following the recent injury to Thomas Partey.

Garbage is sometimes a HIPAA violation

Akshay Kumar Will get Emotional On His Sister Alka’s Shock Audio...

Washington Commanders QB Carson Wentz more comfortable than ever, but will...

Tony Stewart back in broadcast booth for NHRA at Maple Grove

Why Manchester United’s four England stars could miss the 2022 World...