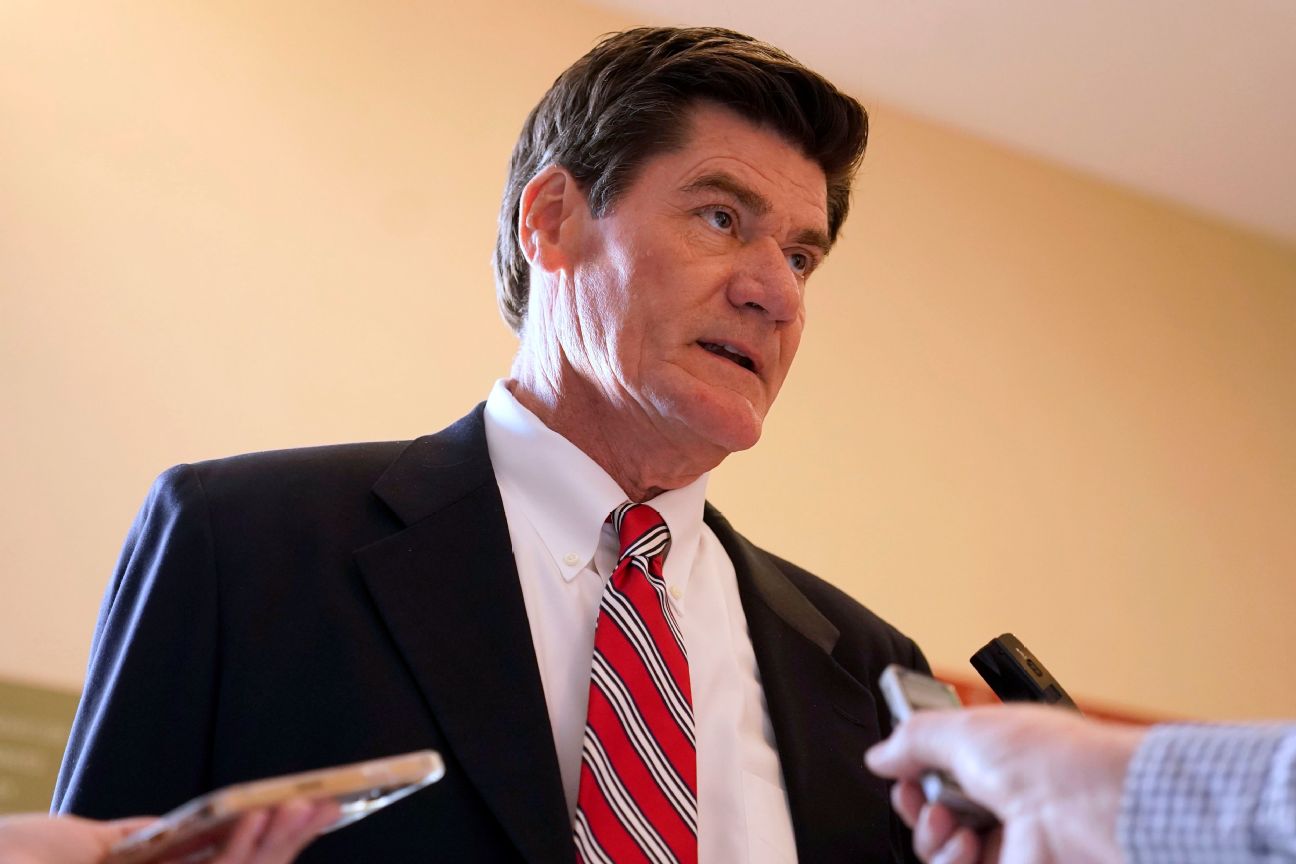 Mountain West Conference commissioner Craig Thompson, the longest tenured active FBS commissioner, will step down on Dec. 31 after leading the league for nearly 24 years, he announced on Wednesday.

“My one remaining priority was expansion of the College Football Playoff and viable access for the Mountain West,” said Thompson, one of the four authors of the original proposal to expand the CFP to 12 teams. “I take considerable pride in my committed engagement to this effort over the past two-and-a-half decades and look forward to the finalization of those details in the coming months. With CFP expansion accomplished and having invested almost a third of my life in the Mountain West, the time is now right for me to conclude my tenure and allow the conference to continue its momentum under new leadership.”

Thompson, 66, is the only active FBS commissioner with more than 30 years of experience leading a multi-sport conference, according to the Mountain West. He is currently a member of the CFP’s management committee, which is comprised of the 10 FBS commissioners and Notre Dame athletic director Jack Swarbrick. Thompson, Swarbrick, SEC commissioner Greg Sankey and former Big 12 commissioner Bob Bowlsby wrote the 12-team proposal that was recently approved by the CFP’s Board of Managers for the 2026 season, if not sooner.

According to the Mountain West, the conference’s annual postseason revenue will quadruple from its initial BCS distribution levels to an eventual 12-team CFP format.

“Craig has provided important leadership to the MWC since its inception,” said UNLV President Keith Whitfield, Vice-Chair of the Conference Board of Directors. “We are stronger because of his work as we go forward into a quickly changing landscape in the NCAA and the College Football Playoff discussions.”

Thompson is the only commissioner in the history of the Mountain West, which began operating in January 1999 and was the second NCAA Division I conference Thompson launched. Under his leadership, the conference negotiated nearly $600 million in television revenue, conference teams have participated in five Bowl Championship Series (BCS)/CFP bowl games, as well as six inaugural bowl contests, and Thompson led successful member expansion efforts.

“The entire Mountain West Conference owes a debt of gratitude to Craig for his selfless service over the history of our conference,” said University of New Mexico President Garnett Stokes, Chair of the Conference Board of Directors. “His fingerprints are on every accomplishment and every initiative we have undertaken, and he has positioned the Conference to continue to be among the nation’s elite. We look forward to celebrating Craig this fall and during our 25thanniversary year, and although his departure will leave a void we are grateful that Craig will be available as a consultant to the MWC as we navigate the changes taking place in college athletics. We wish Craig and Carla and their children all the very best.”

Microsoft Surface rumors heat up ahead of rumored October event

Russia to play Bosnia and Herzegovina friendly one day before World...

Washington Commanders QB Carson Wentz more comfortable than ever, but will...

Author - October 1, 2022
Meta announced on Thursday that it’s giving everyone in the US the ability to share “digital collectibles” (read: NFTs under a new name that...