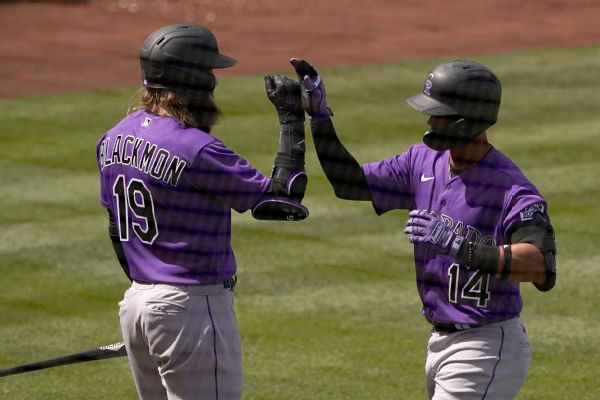 Colorado Rockies infielder Brendan Rodgers was placed on the 10-day injured list Thursday with a left hamstring strain, and the team called up infielder Ezequiel Tovar from Triple-A Albuquerque.

The move with Rodgers was retroactive to Monday. He left Sunday’s game at the Chicago Cubs early due to tightness in the hamstring.

Tovar batted .318 through 66 games with Double-A Hartford before a groin injury sidelined him for more than two months. He was reinstated from the injured list last week and placed with Albuquerque, where he was 7-for-21 with a home run and two RBIs in five games before being called up.

The 21-year-old was the Rockies’ No. 2 prospect and the No. 40 prospect overall in ESPN’s midseason update last month.

Winnipeg Jets strip Blake Wheeler of captaincy, will use collection of...

Apple’s Lightning cable turns 10, but its time is over