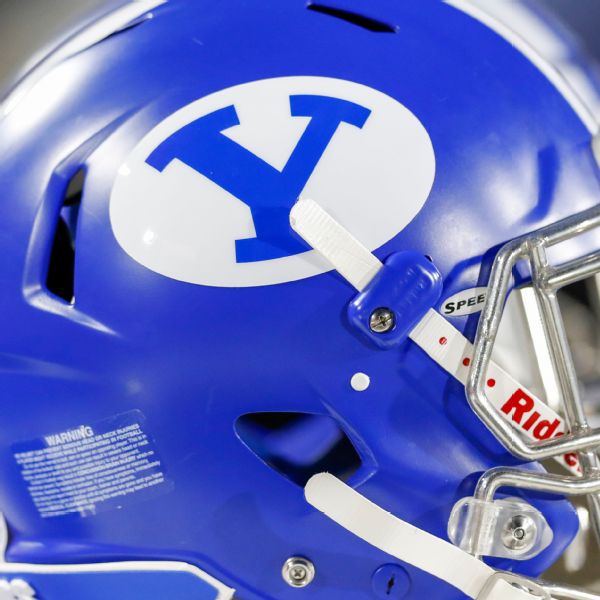 In the wake of “F— the Mormons” chants coming from the Oregon student section last Saturday during the Ducks’ 41-20 win over BYU at Autzen Stadium, BYU issued a statement Monday thanking Oregon for its “sincere apology” and adding that “this isolated behavior does not reflect the values of the University of Oregon.”

BYU’s statement went on to read: “As we all work together to address incidents that seek to divide us, we are grateful for those who are willing to come together to build bridges of understanding.”

One BYU official told ESPN on Monday night, “It’s not the first place we’ve heard things like that.”

Last year, USC apologized for an “offensive chant” directed at members of the Mormon faith that it said came from the student section during BYU’s 35-31 win over the Trojans at Los Angeles Memorial Coliseum.

After video surfaced on social media of fans taunting BYU with the anti-Mormon chants, Oregon issued a statement Sunday apologizing for an “offensive and disgraceful chant coming from the student section” during the game.

Utah Gov. Spencer Cox after the game tweeted: “Religious bigotry alive and celebrated in Oregon.” BYU is a private Christian school owned and operated by the Church of Jesus Christ of Latter-day Saints (colloquially known as Mormons).

Oregon’s statement added: “These types of actions go against everything the university stands for, and it goes against the spirit of competition. We can and will do better as a campus community that has no place for hate, bias or bigotry.”

The Oregon Pit Crew, a student-run organization, also issued an apology for “hateful speech” at the game and said it was “ashamed of those who participated.”

The University of Oregon’s office of student life released a statement saying it plans to investigate the incident.

High school quarterback TC Manumaleuna II of Salem, Oregon, told the Statesman Journal newspaper he and his family left the game at halftime because of the chants. Manumaleuna, who is Mormon, told the newspaper that he wouldn’t necessarily cross the Ducks off his list, but added that he would be “lying if I said it didn’t have some kind impact on me.” He added that coaches from Oregon reached out to him after the game to check on him. He’s also considering BYU, Florida State, Miami, Washington State and Cal, among others.

The student who shot the video that surfaced on Twitter told CNN that the chanting happened at least five times. She did not want to be named, but as a Mormon, asked, “When’s it going to be time for Mormons to be included into religious acceptance?”

Last month, BYU students were accused of racial heckling during a women’s volleyball match against Duke. But after what BYU called an “extensive review,” the school said it found no evidence of any racial slurs being uttered during the match.

Duke volleyball player Rachel Richardson, who is Black, alleged that she repeatedly heard a racial slur directed at her during the Aug. 26 match from someone sitting in BYU’s student section. Richardson’s godmother also said the player was called a racial slur “every time she served.”

BYU banned a fan from all its athletic events shortly after Richardson’s allegations but lifted the ban following its investigation, which the school says included reviewing all available video and audio recordings and contacting more than 50 people who attended the event, including some Duke athletes and staff members. The review included security camera footage and footage from BYUtv with broadcasting audio removed.

In the aftermath, South Carolina women’s basketball coach Dawn Staley canceled a home-and-home series with BYU and cited the BYU-Duke volleyball incident as the reason.

EV startup Karma would like DeLorean to go back in time...

The Pixel Watch has only one job: don’t suck

QB Chandler Morris starts for TCU in opener against Colorado

iOS 16 is more exciting than the iPhone 14

The Sims 4 base game is going to be free next...