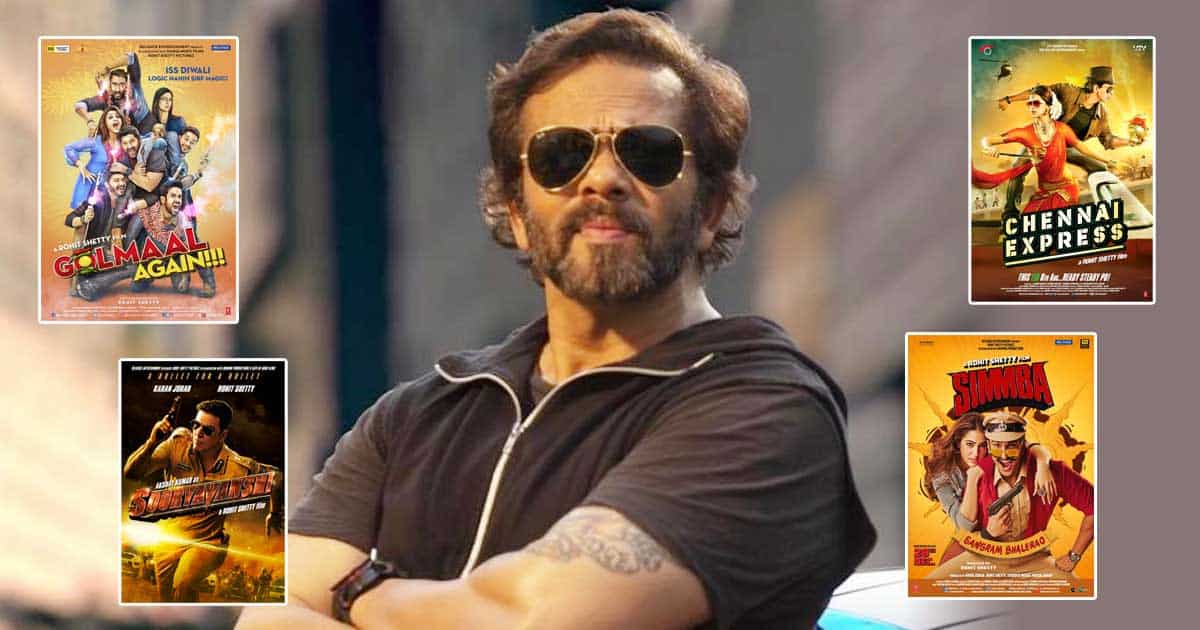 Filmmaker Rohit Shetty, who is well known across the globe as a film director, producer, and host, turns a year older today. Rohit, who debuted in Bollywood as a director in 2003 with Zameen has given his fans 14 films, the last being the Akshay Kumar-starrer Sooryavanshi.

Today, as we celebrate his 48th birthday, we at Koimoi take a look at his different films and the box office records he has achieved through them. From having the most films in the 100-crore club to having a Rs 1500-crore domestic net box office collection, read on to know some of his mind-blowing box office facts.

While Rohit Shetty has the most number of films in the 100 crore club, he would have also held this title in the 200 crore club had the Akshay Kumar-led Sooryavanshi released in non-Covid times. At the moment he shared the spot – with three films each – with Rajkumar Hirani and Ali Abbas Zafar. His three films falling in this club are Chennai Express, Golmaal Again and Simmba.

Eleven back to back success

Aka no flops since the release of Golmaal Returns in 2008. Yes, you read that right. Rohit Shetty who entered Bollywood as a director with Zameen in 2003 has delivered 14 films and 11 of them have been consecutive hits. Only his debut film and Sunday (2008) failed to work magic at the ticket window as far as return on investment is concerned.

NBOC Of Over Rs 1500 crore At The Domestic Market

Since his foray into Bollywood as a director in 2003, Rohit Shetty has been the man behind 14 films. Over the years, his films have contributed over Rs 1500 crore to the domestic box office – the highest for any director in Bollywood. The Ranveer Singh led cop drama Simmba is his highest-grossing film in India with Rs 240 crore. FYI: Rohit’s Chennai Express, featuring Shah Rukh Khan and Deepika Padukone, was his biggest international hit with global figures of Rs 395+ crore.

Average Footfall Per Film Is Over 1.37 crore

As per a past Pinkvilla report, Rohit Shetty has sold over 19.20 crore tickets for his films in 2003. Given this number, the average footfalls per film come to around 1.37 crore – which is a tremendous average for someone who has been delivering one film per year since 2008 (break in the release dates took owing to Covid in 2019).

With Ranveer Singh-led Cirkus and the third film in the Singham franchise in the pipeline, we bet Shetty is more than likely to add to each of these records and make some more in the future.

Never watch these 5 bold Bollywood movies with family, here is the list

How a close loss to Alabama is inspiring Steve Sarkisian and...

Apple to hike App Store prices across Europe and some parts...

Next steps for Mercury after Sarver NBA, WNBA Phoenix sale

The new Astro A30 headset can pull in audio from three...