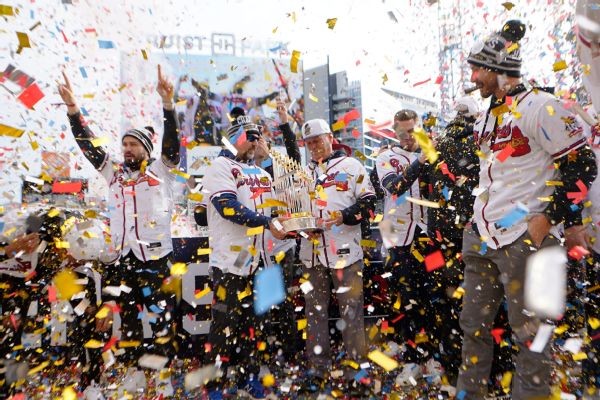 Biden is getting in the Sept. 26 visit with just about a week before the 2022 regular season wraps up and playoffs begin. The Braves beat the Houston Astros in six games last year. Atlanta currently is in second place in the National League East standings with 91 wins. Postseason play begins Oct. 7.

The president, regardless of party, often honors major league and some college sports champions with a White House ceremony, typically nonpartisan affairs in which the commander in chief pays tribute to the champs’ prowess, poses for photos and comes away with a team jersey.

Those visits were highly charged in the previous administration. Many athletes took issue with President Donald Trump’s policies and rhetoric on policing, immigration and more. Trump, for his part, didn’t take kindly to the criticism from athletes or their on-field expressions of political opinion.

Under Biden, the tradition appears to be back. He has hosted the NBA champion Milwaukee Bucks and Super Bowl champion Tampa Bay Buccaneers at the White House.

How to customize your iPhone’s app icons