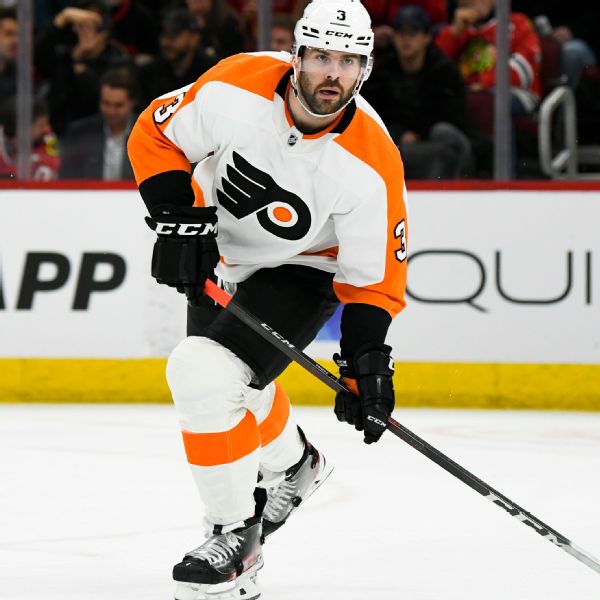 Veteran defenseman Keith Yandle said Tuesday he is retiring after 16 seasons in the NHL.

“The last year it’s one of those things I’ve been thinking about,” Yandle said on the “Spittin’ Chiclets” podcast. “When that’s all you know in your life, to call it quits on it, to call it an end, it’s nerve wracking. You’re worried about what you’re going to do. Especially this time of the year, you’re ramping up for training camp.

“The last couple weeks I’ve been at ease with it. Really enjoyed spending time with the family. … I think for me I’m really at ease with it and looking forward to the next chapter.”

A fourth-round draft pick by the then-Phoenix Coyotes in 2005, Yandle saw his offensive production slip later in his career, but he topped 50 points twice with the Coyotes and twice with the Panthers. He finished last season having played in 77 games for the Flyers, registering a goal and 19 points, but carried a minus-47 rating, as well.

On Jan. 25, against the New York Islanders, he broke the record of 964 set by Doug Jarvis. He went on to play 25 more games until the streak ended April 2 when the Flyers made him a healthy scratch, preferring to take a look at younger players since they were out of the postseason mix in the Eastern Conference.

“My only hope is that he just recognizes how amazing it is what he’s done,” then-Flyers interim coach Mike Yeo said when Philadelphia made their lineup decision on April 2. “For sure, for him it’s disappointing, no question. But not many can say they’ve done something that nobody in the history of the NHL has ever done. And so in no way does this diminish what he’s accomplished. It is remarkable and certainly something to be extremely proud of.”

Vegas Golden Knights forward Phil Kessel, who signed a one-year deal this offseason, has played in 982 consecutive games and is now the current active leader.

Information from Reuters was used in this report.

Nearly half of college students wouldn’t “dorm across the aisle”

Now you can touch Alexa on Fire tablets, too