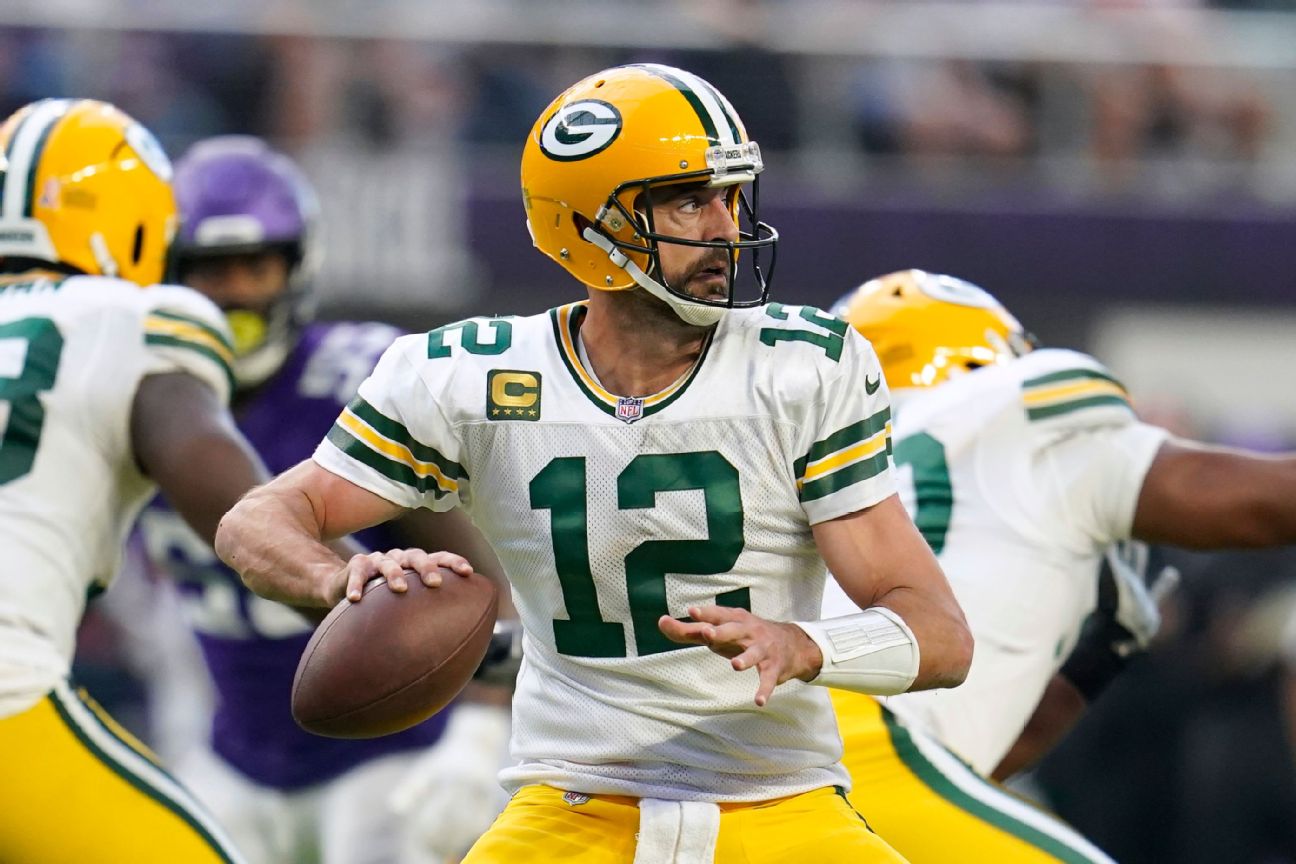 GREEN BAY, Wis. — Aaron Rodgers doesn’t know when it will click for the Green Bay Packers‘ young receivers, but he knows what he has to do until it does.

“I’ve got to play the same way,” Rodgers said Wednesday. “I don’t play the way I played in 2011, [but] I’ve got to play on time and guys gotta get open, so no, I’m not gonna change the way I play. I have to realize who’s out there, who we’re throwing to and how we’re gonna actually make some hay and score some points.”

Rodgers and the rookie receivers did not get off to the most productive of starts in Sunday’s 23-7 season-opening loss to the Minnesota Vikings. Christian Watson dropped a would-be 75-yard touchdown on the Packers’ first offensive play of the game, and Romeo Doubs didn’t replicate the big plays he made in training camp and the preseason. Another young receiver, second-year pro Amari Rodgers, did not play a single snap from scrimmage and was limited to only kick returns and special teams plays.

It didn’t help that Rodgers opened the season without his presumptive new No. 1 receiver, Allen Lazard, who missed the opener because of an ankle injury. Lazard practiced Wednesday for the first time since his ankle got stepped on in practice two weeks ago. He was listed as a limited participant.

Rodgers also didn’t have either of his starting tackles, David Bakhtiari and Elgton Jenkins, who weren’t ready to return from knee injuries yet and whose status remains up in the air for Sunday’s home opener against the Bears.

“I think he’s done as good a job as we could possibly expect,” Packers coach Matt LaFleur said when asked how Rodgers has handled his new situation. “He’s always hard on himself and I know there were a couple plays that he certainly would like to have back, just like there’s some play calls that I would like to have back as well. That happens every game, right? But I think he’s done a great job of demanding the urgency from those young guys, yet putting an arm around them as well at the same time.”

Still, it added up to a no-touchdown, one-interception, one-lost fumble performance for Rodgers in the first game of the post-Davante Adams era after the All-Pro receiver was traded to the Las Vegas Raiders in the offseason.

“I didn’t lose a fumble all last year and hadn’t thrown a pick in a division game in, I don’t know, a while, so that’s kind of the standard that I hold myself to, regardless of who’s out there with us,” Rodgers said. “So that’s why that’s frustrating. I don’t look at it as ‘Tae’s not here [so] I’ve got to do even more or play perfect football.’ I’ve just always held myself to a standard of taking care of the football and that wasn’t good enough on Sunday.”

Denver Broncos ‘definitely should have gone for it’ on critical fourth...

NASA is about to crash a spacecraft into an asteroid

‘They gave us our only chance:’ How New York Jets turned...